Did you know there was a worldwide series of mobile monuments dedicated to public figures?  It’s called the Ride of Fame, and it celebrates its fifth anniversary this year.  Who’s inducted? “Notables who highlight and promote their respective cities with their business and personal endeavors.”  Who was inducted this week in DC? Ice hockey great Alexander Ovechkin. 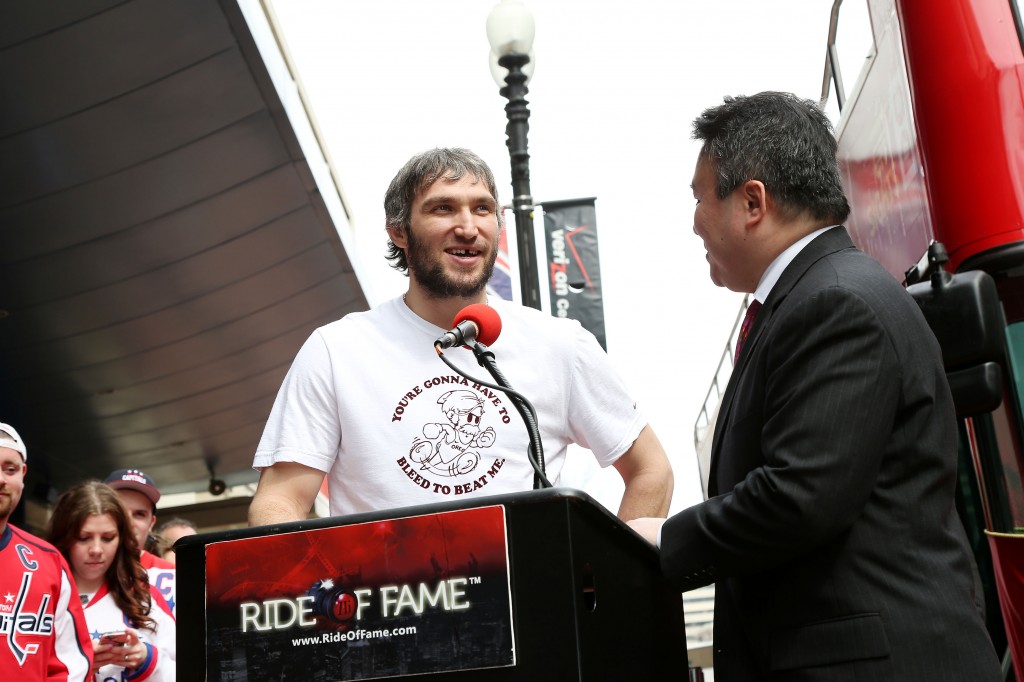 Each honoree is bestowed with a double-decker bus and a personal seat with a private message to the world.

The second dedicatee and the first NHL player for Washington DC, Alex Ovechkin of the Washington Capitals, was recognized for his on and off-the-ice accomplishments. 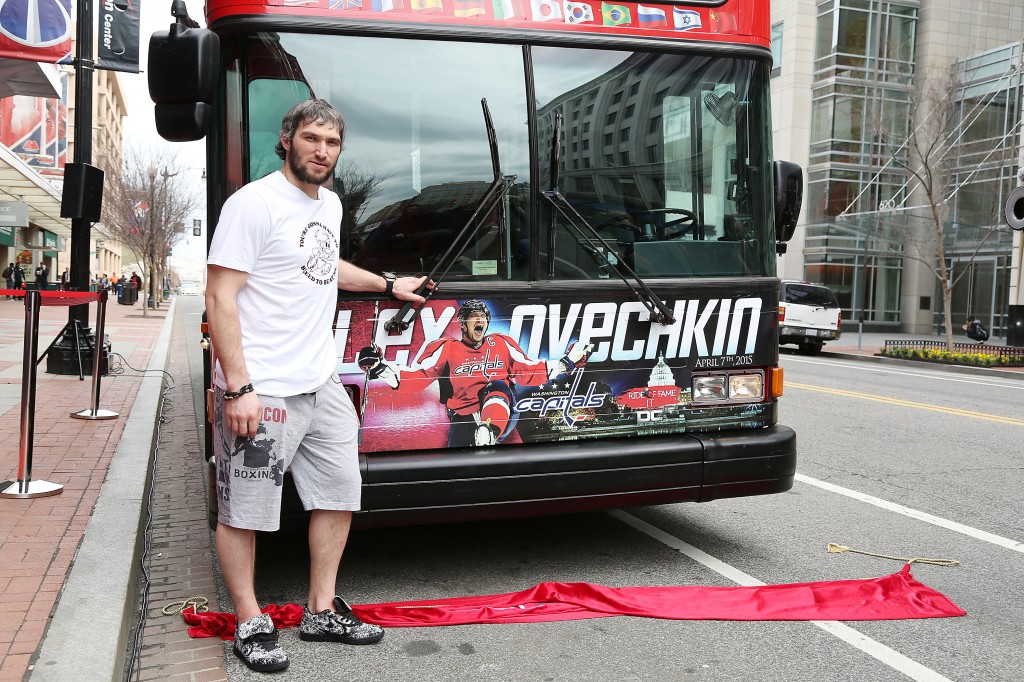 At the Verizon Center Tuesday morning, Ride of Fame held a ceremony to unveil Ovi’s bus decal, and he was honored with a seat on the top deck of the bus where he scribed a personalized message to fans — then took a celebratory loop around the Verizon Center. 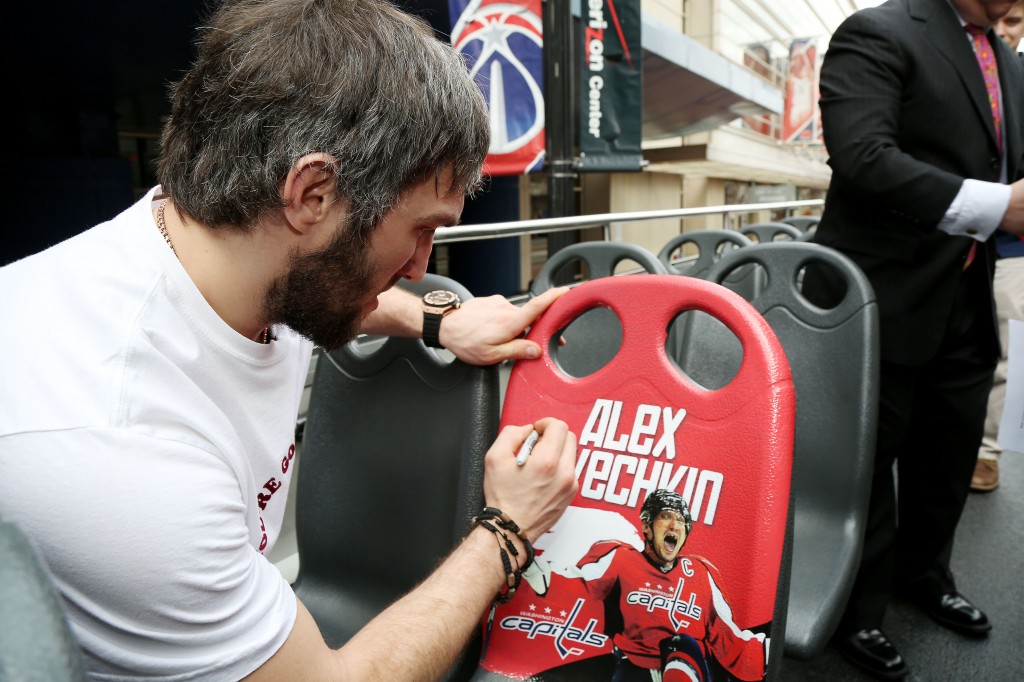 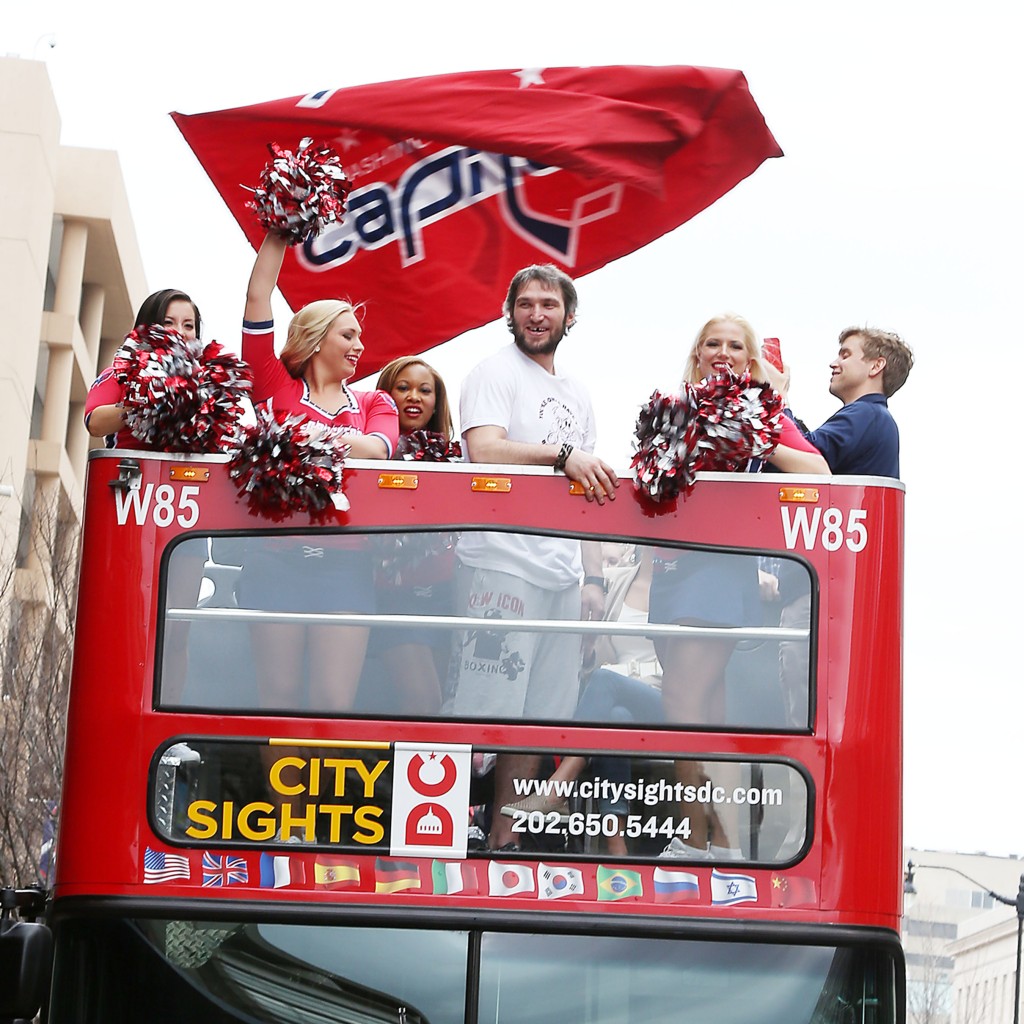 Previous Post: This Parade is Permitted to Get Funky on U Street (For the 1st Time in 17 Years!)
Next Post: VIDA Fitness Hosts FREE Toned Up Tuesdays