“Washington’s most interesting mix of music and politics…” — especially when House Democratic leader Nancy Pelosi (D-Calif.) takes the stage with an instrument! 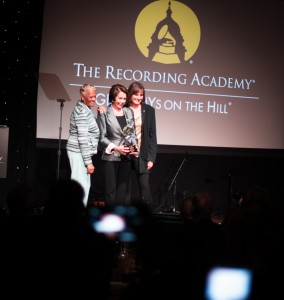 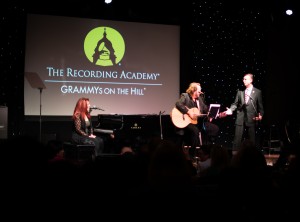 The night’s fanfare included a number of awards and accolades — everyone wants a GRAMMY after all! — but the real fun started when the political movers and shakers started doing the musical moving and shaking.

Collins (sponsor of the Songwriters Equity Act) took the stage with Burr and Shaw House to present “Fair,” a song he wrote about songwriter equity with the pair in Nashville earlier this year.  And Lady Antebellum, after accepting The Recording Academy®’s Recording Artists’ Coalition Award, invited Members of Congress to join them as they set up to perform their latest hit, “Compass.”

No word yet on whether Pelosi and those maracas will be nominated for a GRAMMY this year.

Previous Post: Best, Worst and Well-Dressed: Inside DC Mag’s Men of Style Party
Next Post: FREE Corcoran NEXT Takes You from Art Student to Art Show