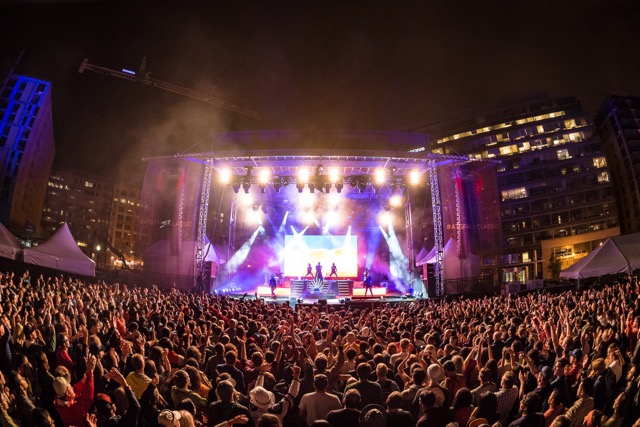 This year’s two-day lineup — Saturday, October 6 and Sunday, October 7 — is led by Grammy-nominated singer-songwriter Jepsen, whose album Emotion made Billboard and Rolling Stone’s “album of the year” lists. Her fellow headliners include BØRNS, the genre-bending performer fresh off of a Lana Del Rey duet and Coachella performance; acclaimed breakout artist, producer and songwriter Rogers, who was tipped as an “artist to watch” by numerous publications including Rolling Stone, Billboard, NPR and The New Yorker and “Ocean Eyes” singer Eilish. Rounding out the festival lineup are Jessie Reyez, Betty Who, Ravyn Lenae, Two Feet, LPX, Cautious Clay, The Aces, ALMA, SNNY, Oshun, KAYE and FootsXColes.

“Almost a year ago, Lizzy and I dreamed of creating a more diverse music festival culture that celebrates the artistry, individuality, and vision of our peers. Amplifying the voices of female and non-binary artists is the first step towards permanently changing a culture that for so long has under represented these essential members of the global artistic community,” says Rogers. “I’m so proud to be a part of All Things Go and to share a stage with these artists I so deeply believe in.”

This year’s festival will also feature a partnership with Women’s March for their national voter registration and mobilization effort, Power to the Polls. The initiative builds upon the organization’s ongoing work to create transformative social and political change.

“I hope this is one more step in the right direction to bring festival line ups closer to a 50/50 billing, and equal representation in the music industry in general,” says LPX (Lizzy Plapinger).

Known as much for its genre-spanning musical talent as its food, the Fall Classic will, as always, showcase plenty of local culinary favorites, including Timber Pizza, Shake Shack, Rocklands and Bun’d Up, among others.

Tickets go on sale the morning of Wednesday, May 23 and can be purchased here.