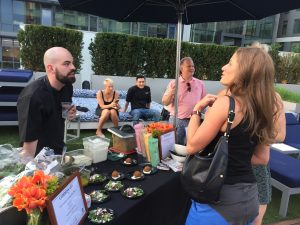 The members-only rooftop pool above Vida Fitness at the Yards opens its doors to all in support of LGBT athletes earlier this month for its annual Rooftop Fundraiser and Silent Auction.

A fourth annual event, the Penthouse Pool Club at The Yards this year partnered with Athlete Ally: a non-profit organization working towards ending homophobia and transphobia in sports. 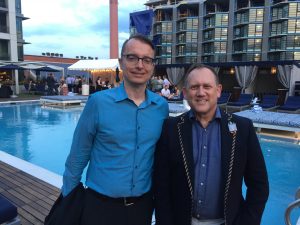 94.7 Fresh FM radio personalities Tommy McFly, Kelly Collis and Jen Richer emceed the event, and were reported to be joined by USA Gymnastics star Josh Dixon to share his story as one of the first out LGBT athletes competing on an Olympic team. 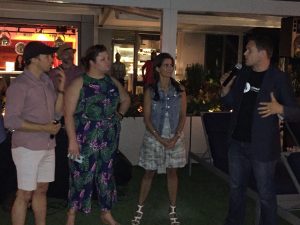 100% of ticket sales, cash bar revenue, and silent auction sales — including a trip to the GRAMMYs! —  were donated to Athlete Ally and the work they do across the country.