The Office of Senator Dan Sullivan (R-AK) was in high spirits today as one of their own, Pierce Wiegard, brought home the overall prize (after taking top honors in the Bitter American and European Ales category) in the annual Hill Staff Homebrew championship at Longworth House Office Building this week. 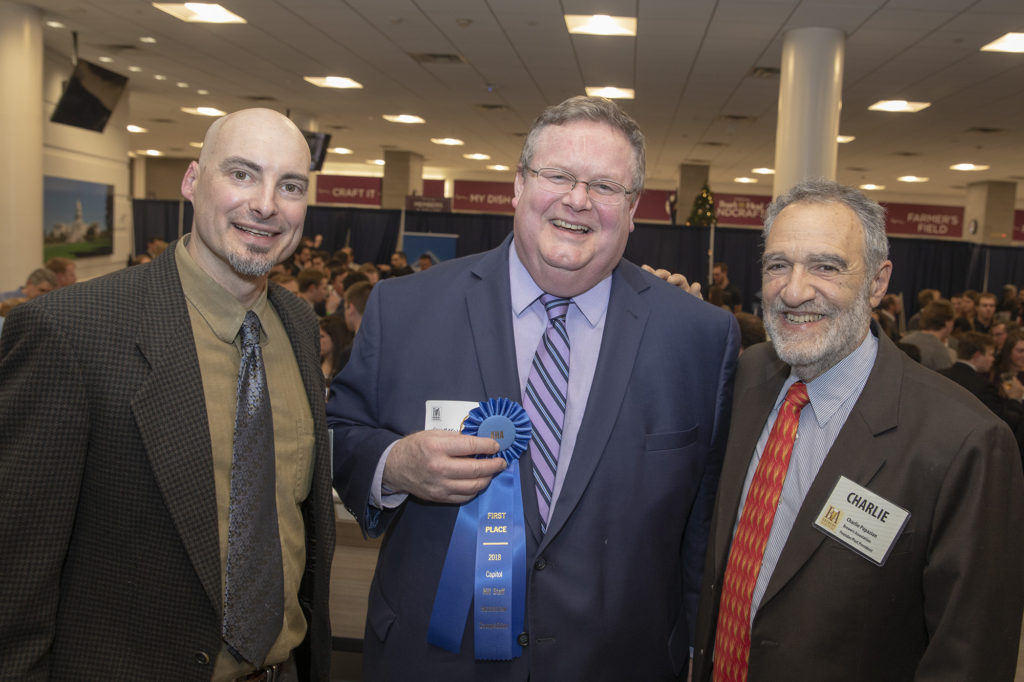 Winners of the third annual competition were announced by the American Homebrewers Association® (AHA) during a reception on Capitol Hill in which there was much happiness and hops.

The 2018 event saw twenty-two entry submissions by eligible congressional legislative staff and federal employees, which were judged by an elite group of certified beer judges and professional brewers. 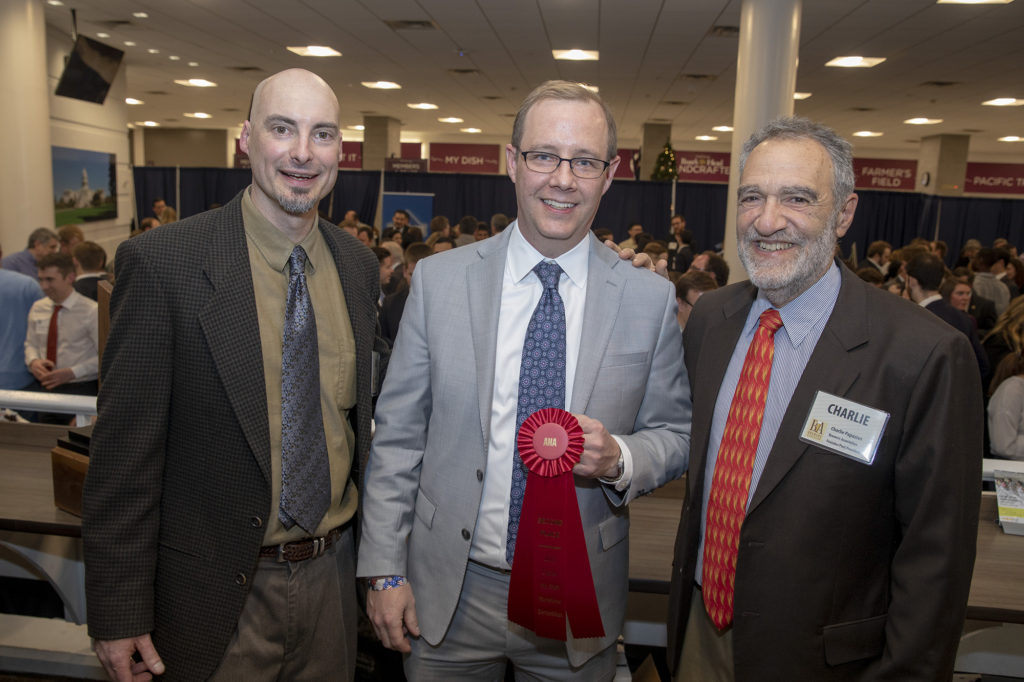 Even Charlie Papazian, widely regarded as the “godfather of homebrewing” and founder of the AHA—which celebrated its 40th anniversary last week—was on hand to present the winners with the esteemed Capitol Hill Staff Homebrew Champion Trophy… and offer his renowned celebratory fist bump. 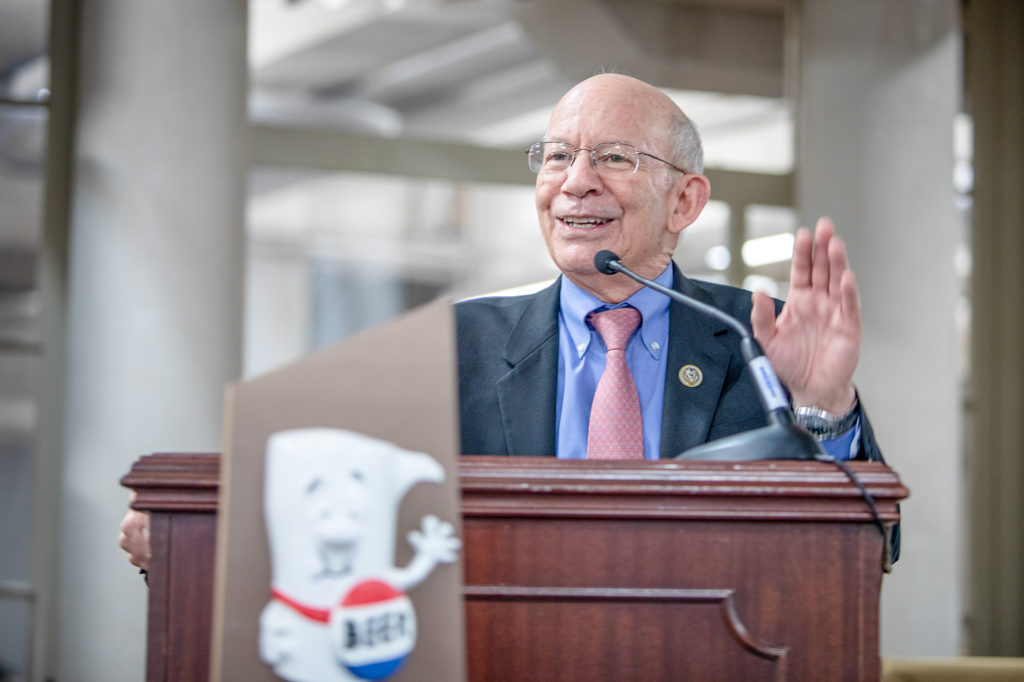 “This is the type of brewing battle we like to see on Capitol Hill,” said Gary Glass, director, American Homebrewers Association. “This competition is a great example of how beer is bipartisan and brings people together. The annual Hill Staff Homebrew Competition is a fun way to tap into the collaborative—and often competitive—spirit of homebrewers in the Beltway.” 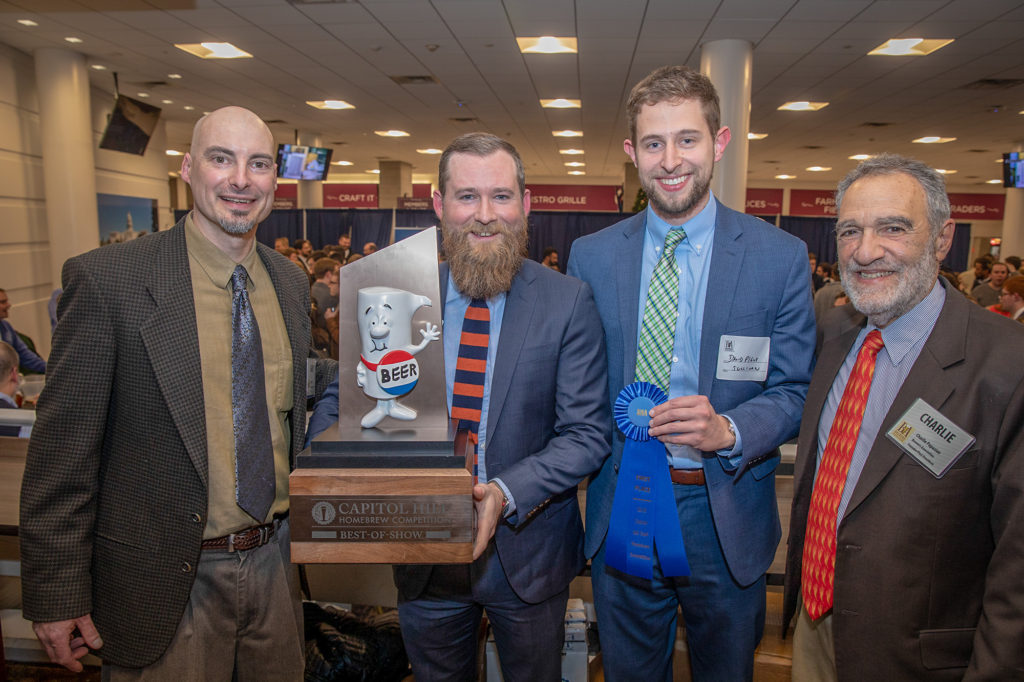 And this year, in perhaps the event’s most hotly contested competition, The House vs. Senate Best on the Hill Homebrew Award went to the Senate for its Oatmeal Stout. The upper chamber has beer bragging rights… for now.

Previous Post: Downtown ‘Sip of Seattle’ To Close with Kickstarter Coffee Goodbye
Next Post: ‘Cry It Out’ Implodes the Myth of Maternal Bliss with Laughter, Tears,  and Truth