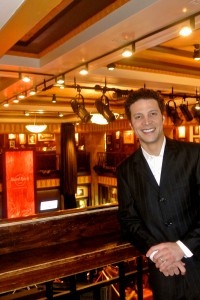 Guarani, a Fairfax native, expressed his excitement for the competition that took place Monday night giving local talent a chance to perform in the National Cherry Blossom Festival Parade (which will take place on Saturday, April 12) in conjunction with international acts and celebrities.  After 144 auditions, 18 finalists took center stage at the downtown Hard Rock Cafe.

The Sing Into Spring competition featured an exceptional panel of six well-known judges, including Joe Coleman, former lead vocalist of The Platters; Louise Robinson of Sweet Honey and the Rock; and Darik 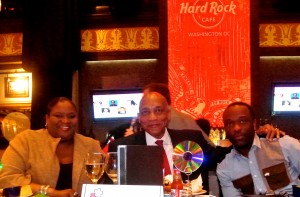 Kristofer, radio host for 94.7 Fresh FM… all looking for a local star to introduce to the national stage.

“DC Community shows the true sprit of the city,” said Kristofer, who agreed with Coleman that they were looking for winning contestants with “not only talent but confidence and charisma.”

“They can’t just sing it, the winners have to be able to sell it,” quipped fellow panelist Brenda Goldsmith.

As the competition began, groups and soloist of all ages took the spotlight with high hopes. After beautiful belting and soulful sounds, the judges decided on the five following contestants whose performances shined brightest:

Be sure to catch the winners in all their glory as they sing amongst the elaborate floats in a magnificent musical showcase exclusively performed during the finale event of the National Cherry Blossom Festival.