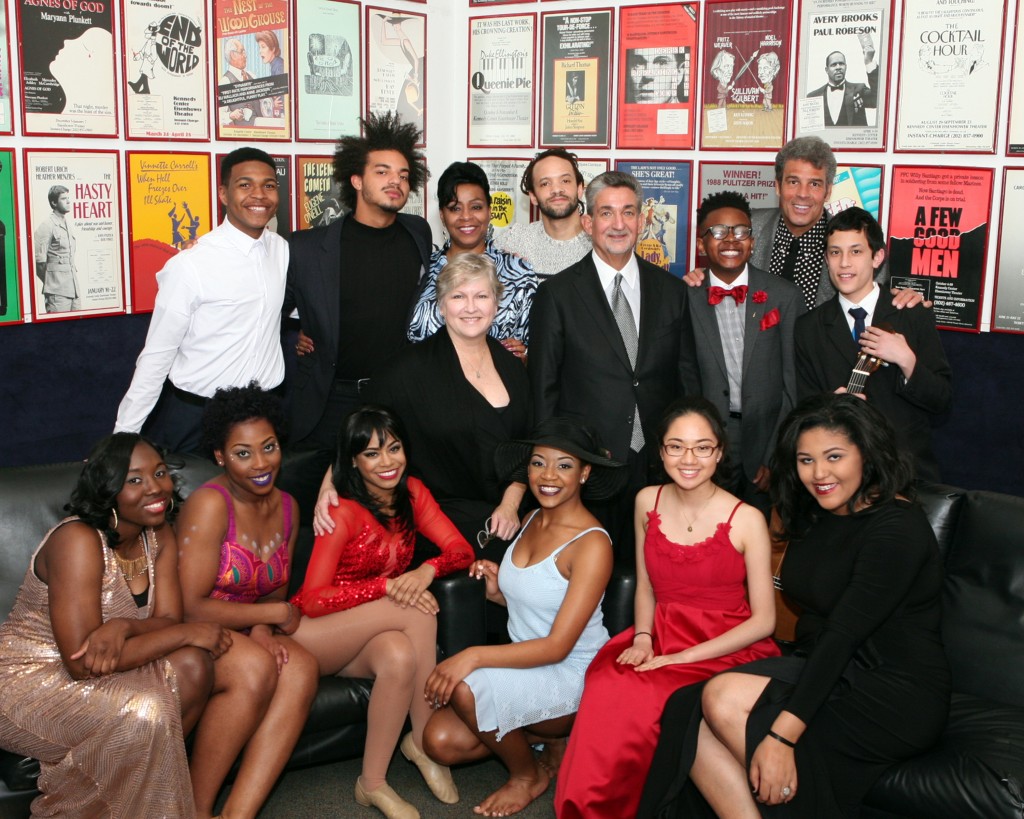 Last week at the Kennedy Center, audiences experienced an evening of inspiration at the 7th Annual DC-CAPITAL STARS: A Tribute to Rock ‘n’ Roll.

Legends were on hand — like Tony-award winning tapper and Happy Feet choreographer Savion Glover; Broadway and Film star Alyson Reed; and Musician, singer, musical director and member of Billy Joel’s band since 1982 Mark Rivera, but these notables were relegated to the judges table as it was the student participants that were this evening’s performing stars.

Going head to head in an “American Idol” style competition, ten finalists — singers, dancers, and musicians ages 15-17 from DC public and public charter schools — took to the stage to compete in the final round, both for the love of entertainment… and their education.

Performances were stellar, but truth be told, money might have been the big star of the show.

Scholarships were awarded to the top performers through proceeds that served to benefit the DC College Access Program.  This year’s event brought in a record $1.1 million — thanks in large part to His Excellency Yousef Al Otaiba, The Ambassador of the United Arab Emirates to the United States, who was the presenting sponsor of the event, as well as local corporations, foundations and individual sponsors and the evening’s ticket sales — to support DC-CAP’s services, including high school and college counseling college scholarships, in the hope that every DC public and public charter school student has a chance to prepare for, enroll in and graduate from college.

In addition to the student’s success, the event also held a tribute to DC-CAP Founder and former Board Chair Donald Graham, presenting him a Lifetime Achievement Award for his work to fulfill the college dreams of tens of thousands of DC students over the past 16 years.  “When you are in, be all in,” said Congresswoman Eleanor Holmes Norton as she presented Graham with a plaque.  “Don was “’all in’ for educating DC’s young people.”

Previous Post: FilmFestDC Shows “I Can Quit Whenever I Want,” Says No Quits This Year
Next Post: This Parade is Permitted to Get Funky on U Street (For the 1st Time in 17 Years!)