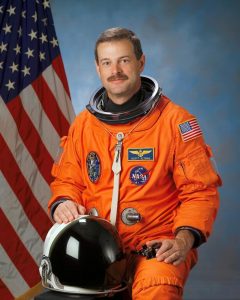 Late last month, Captain Scott D. Altman, a Washington DC native, was inducted into the U.S. Astronaut Hall of Fame at Kennedy Space Center Visitor Complex in the Space Shuttle Atlantis attraction.  Honored for demonstrated outstanding accomplishments in furthering NASA’s mission of exploration and discovery, Altman is only one of 96 other people to earn this honor.

To be eligible to enter the Hall of Fame, an astronaut must have made his or her first flight at least 17 years before the induction. Candidates must be a U.S. citizen and a NASA-trained commander, pilot or mission specialist who has orbited the earth at least once.

Altman, an accomplished fighter pilot known for his aerial acrobatic flights in the movie “Top 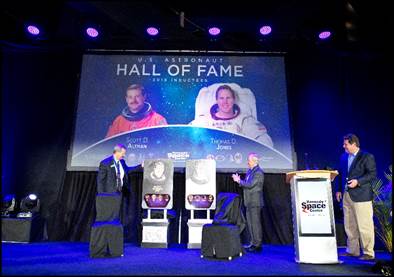 Gun,” is no stranger to accolades.  He is a recipient of the Distinguished Flying Cross, the Navy Commendation Medal, and was the 1987 award winner for outstanding achievement in Tactical Aviation as selected by the Association of Naval Aviation.

His years as a Naval Captain led him to pilot his first two shuttle missions and then serve as a commander on his final two missions. In total, Altman spent more than 51 days in space during his four missions.  He retired from NASA in 2010 to join the ASRC Federal family of companies.

Congratulations to this hometown Astronaut and hero!