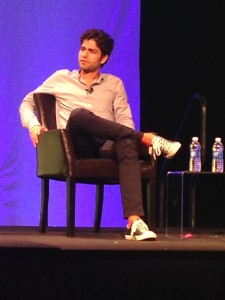 opportunities and businesses outside of more traditional roles in a Keynote entitled “Paradigms of Fame and Success.”

In addition to his notable acting career, Grenier is co-founder of SHFT, a platform that conveys a more sustainable approach to the way we live through film, design, art and food.