The Gathering Spot (TGS) is a culture-centric membership club that is coming full circle to open in Washington, D.C. on March 1st, 2021.

TGS Founder Ryan Wilson says the concept of the club came to him while studying at Georgetown Law, though he and co-Founder TK Petersen actually opened their first venue in 2015 in Atlanta.

Now, along with nationwide expansion plans (Los Angeles also coming soon), the club is opening in DC just blocks away from The White House. Ryan claims, however, that “the Gathering Spot is not a place… It is an idea that was built on our passion for creating a community of like-minded individuals that seek to bridge the gap between culture and access to ignite our ambitions and fuel a cycle of individual and communal growth.”

At its physical location though… there will be a full-service bar and restaurant led by Chef Martel Stone (former executive sous-chef at Kith and Kin), conference rooms and private offices, and ’round-the-clock workspace. Virtual engagement is also actively promoted, as TGS particularly seeks to deliver to entrepreneurs in need while advocating for the Black community. 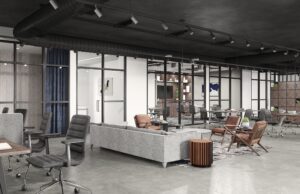 TGS claims to be the District’s “first modern private membership club deeply rooted in culture,” and along with that plans to host over 20 hybrid and virtual events each month to bring together like-minded thought leaders and changemakers.

The average membership age is 36, but TGS members range from 21 to 88 with a roster of “professionals, activists, community advocates, cultural influencers, and lifelong learners.” If accepted as a member, there will be a $300 initiation fee and a $200 monthly fee (or $2,000 for the year in advance).