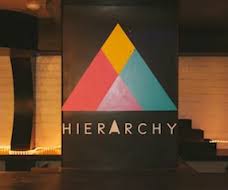 DC increasingly attempts to be a city known for the arts, and there are a few key players that have really hustled to make it happen.  Among them are the principals of the No Kings Collective, an artist collective — composed of and run by local artists — which serves the area’s artistic community through social networking events, exhibits and special projects.

“When we first started out we were told “no” so many times, that we used to joke that only royalty could show within galleries,”No Kings Collectives’ Peter Chang and Brandon Hill told K Street Magazine.  So they sought to create a business model that was more inclusive — not anti-gallery — but certainly “geared more toward professional DIY” as they call it.  “Rather than become kings, we just wanted to be normal people who show our art, and spread art, at that same level of professionalism.” 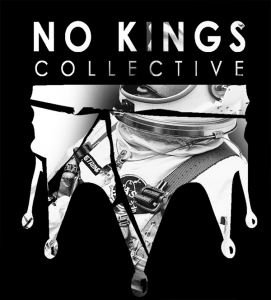 Over the last five years, No Kings Collective has gained far reaching recognition for flash art exhibitions and temporary gallery spaces, which are exciting and enticing — and certainly jive well with the city’s penchant for events.  But now, the collective is also excited to round out their first successful year of actually operating a gallery, Heirarchy, which obviously has an entirely different presence than their pop-up events have had in the past.

“The people of DC are driving the demand for a thriving arts community, 100%. We’re just working to keep the energy moving,” shared the pair, when asked about their gallery’s success amidst news of so many other gallery closures in recent years.  “It’s a tough market for artists to thrive in, with the increasing cost of living and limited exhibition space with recent closings. We’ve created a model that works (in Hierarchy), and the energy is palpable.”

So, it’s actually possible that the kings are not Kings, but are rather, Aces.  They’ve hustled to enhance artists’ exposure, created a successful gallery in the midst of DC’s creative conundrum, and actually seem to be translating all of this artsy allure into sales — and not just among the usual collectors.

“We’ve seen a boom in young professionals and the millennial generation as a whole buying art. It’s been inspiring the number of exhibitions that have sold out entirely within one year alone.  There’s a misconception that this generation won’t be able to sustain an arts community by participating in the art market, but we’ve seen nothing but the opposite,” the two told us.  “They’re craving something more than just what you can see and purchase, they want something more experiential, and at Hierarchy, we’re working to give that to them.”

They may be No Kings, but they’ve built a pretty strong hand.   At Hierarchy, they’re hustling, and making it happen.