If he’s going to write about a homegrown terrorist attack, we have to thank Joseph Reid for not setting it 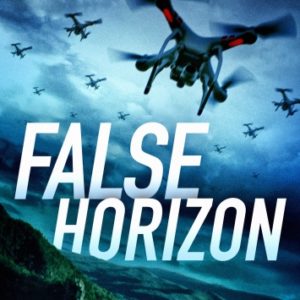 in DC. Leaving Washington out of the melée — for the bulk of the action anyway — the author of the riveting real False Horizon did make a stop in the Nation’s Capital on his book tour, however.

Friday evening (6/14/19) at the Spy Museum, Reid participated alongside The Good News About Bad Behavior non-fiction author Katherine Reynolds Lewis for an in-store book signing that had policy insiders singing his praises.

Because while False Horizon is a work of fiction, it also features a lot of issues facing the United States today — and particularly in the Appalachian area — including ecology and the environment, oil drilling and fracking, military PTSD, drone fighting, and drug smuggling.

“One of my reasons for setting False Horizon in West Virginia was to shine a light on the drug crisis,” says Reid, a marine biologist turned patent lawyer/author who seems more than attune to current events. Even his social accounts are filled with real world examples of his fictional plots — citing incidences of drones nearly hitting passenger jets and legislative hearings about air marshals needing skills to fight new technology.

So False Horizon is timely to be sure, but it’s also a truly riveting read. Besides the inclusion of a lot of advanced tech (that Reid assures is actually in motion), it also features a page-turning plot of money, power and politics that keeps readers wanting more.

False Horizon is book #2 in the Seth Walker series. Look out for it and more from Joseph Reid in bookstores, and find out more about modern day military tactics and espionage at the new International Spy Museum.