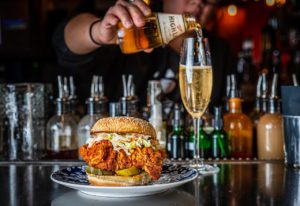 Chick-fil-A vs. Popeyes chicken wars got your attention? Well, what if local chefs got in on the competition?