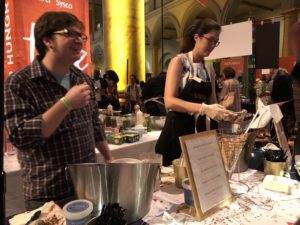 The National Building Museum plays host to many an annual culinary extravaganza. But Monday night’s feast fest to benefit No Kid Hungry, Taste DC, is definitely a favorite.  Sure, it might be ironic to attempt to combat childhood hunger with an all-you-can-eat gourmet event, but it also certainly drives the point home that DC has an abundance of culinary – and charitable – resources; and they pair so perfectly!

Taste of the Nation events happen all over the country, bringing together some of each city’s hottest chefs, sommeliers and mixologists to show off their talents in support of No Kid Hungry’s work to end childhood hunger in America.

In addition to grazing the length of the Museum, the night included some interactive charitable experiences, photobooths, a slamming DJ, and VIP lounges to give those bellies a break… or participate in intimate tastings with Chef Kwame Onwuachi (Kith and Kin, Philly Wing Fry) and Chef Tae Strain (Momofuku CCDC). 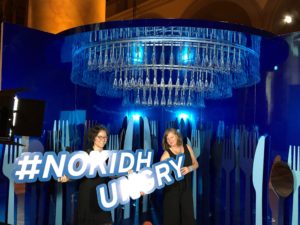 100% of proceeds from the event benefit No Kid Hungry’s work to end childhood hunger in America.  One in six children in America struggles with hunger, including nearly 27,000 kids in the District of Columbia. No Kid Hungry is ending childhood hunger nationwide by ensuring that kids start the day with a nutritious breakfast and families learn the skills they need to shop and cook on a budget.