It’s totally normal to salivate over A La Lucia‘s Rigatoni with Spicy Sausage and Cheesetique‘s creamy/crunchy Mac ‘n Cheese.  Going back for seconds (or thirds) of Del Ray Pizzeria‘s savory shrimp and grits is a must.  And don’t even think of resisting Alexandria Cupcake‘s Guinness mini 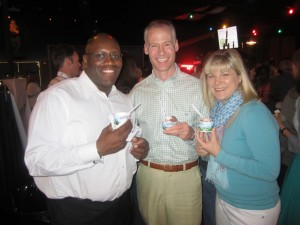 The 11th annual event, held at the Birchmere in Alexandria Sunday afternoon, started with a live broadcast of Foodie & the Beast and continued with music by the Alpha Dog Blues Band as attendees tasted plates from a plethora of popular area restaurants.  The afternoon featured an entertainment and 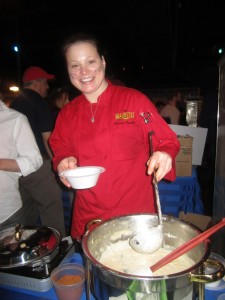 travel filled live auction, and ended with the announcement of some foodie favoritism.

Neighbors shared in a day of cuisine and community, all to benefit Northern Virginia’s largest homeless shelter, Carpenter’s Shelter, which provides not only housing, but guidance and education.

After tucking in to all of the tastes, a panel of judges — to include KSM’s Kate Michael, ABC7’s Jeff Goldberg, Bitches Who Brunch’s Cori Sue Morris and Pizzeria Orso’s Will Artley — awarded The Majestic “Best Appetizer” for their 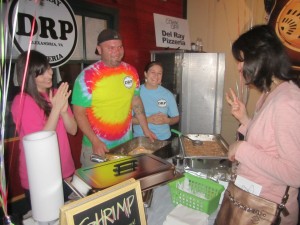 It was a drool-worthy day for doing good.