One of my favorite moments of Akeelah and the Bee at the Arena Stage at the Mead Center for American Theater was observing three kids seated in front of me playing scrabble on their devices. The play’s powerful message had taken hold of young minds by intermission. 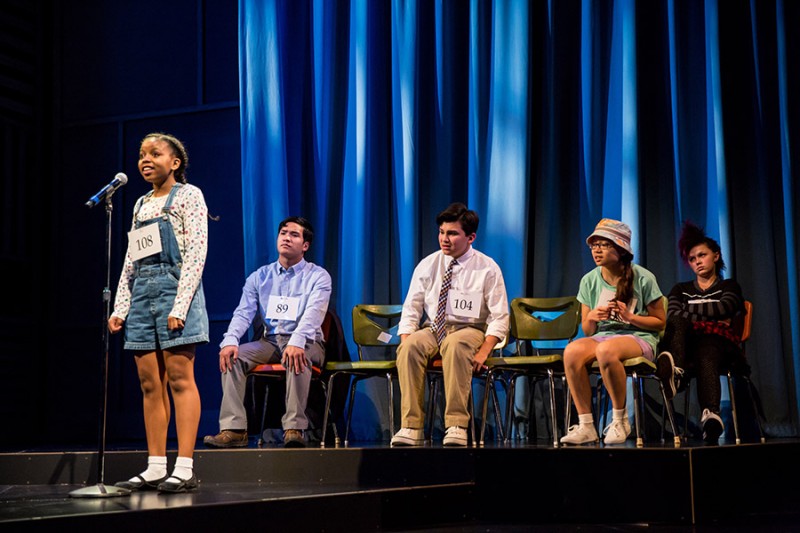 Based on the beloved film, Akeelah and the Bee tells the story of an independent 11-year-old girl whose grit and acumen might take her all the way from the Chicago projects to the finals of the Scripps National Spelling Bee. The remarkable Johannah Easley debuts at Arena as Akeelah. Alternately tough and soft, she barges into the always unfamiliar and at times unwelcoming hive of competitive spelling. 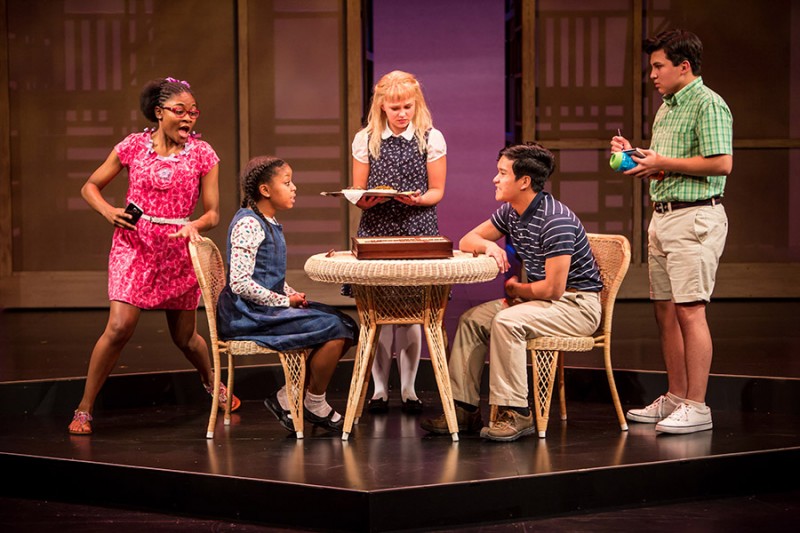 Playwright Cheryl L. West (Pullman Porter Blues) and director Charles Randolph-Wright (Ruined) have created an adaptation that is alternately warm and foreboding, reflecting the realities of ambition, poverty, loss, and love. The characters’ passion for language is infectious, and pulls the audience to the edge of their seats as young scholars grapple to spell arcane four syllable words. At its heart, the play is about family dynamics, the daily grind interrupted by tenderness, no matter your station. Tears will be jerked but the script is as realistic as it can be and the play never strays into saccharin. 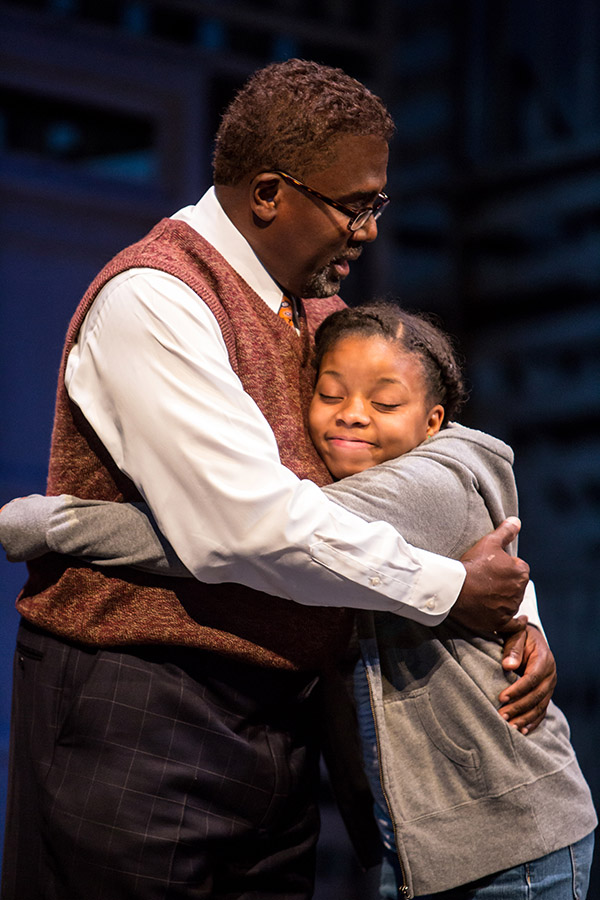 Scenic Director Alexander V. Nichols’s sets revolve much like Akeelah’s world, spinning between the realities of a treacherous Chicago slum, an intellectually snobby coach, and the elite universe of competitive spelling. Likewise each character evolves. Like all the best scripts, the whole cast changes each other, as opposed to one character doing all the changing. As Akeelah pulls a Pygmalion, her coach Dr. Larabee (played by James A. Williams) goes from quoting Aristotle to Beyonce.

The performances were impressive on a technical level. Normally, an actor can improvise with little notice. But you can’t flub spelling words like staphylococci, intussusception, and objurgatory. Just as the portrayed competitors demand of themselves, Akeelah’s script demands perfection. And the actors deliver. 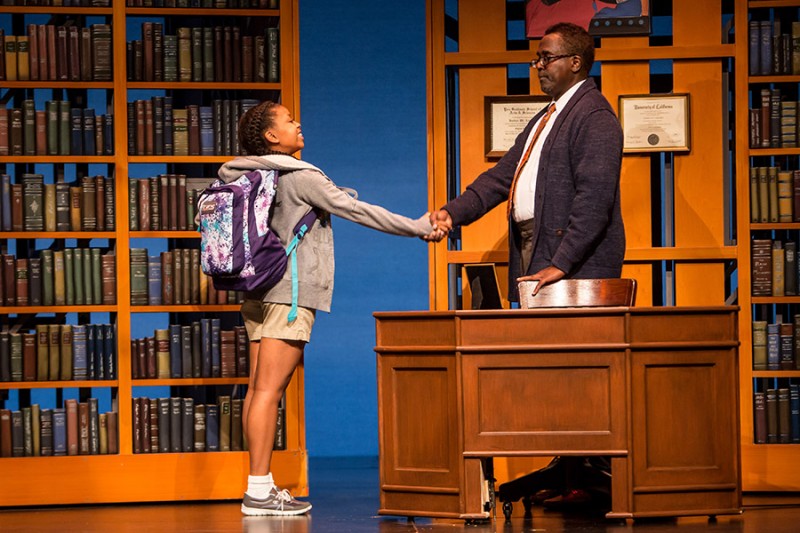 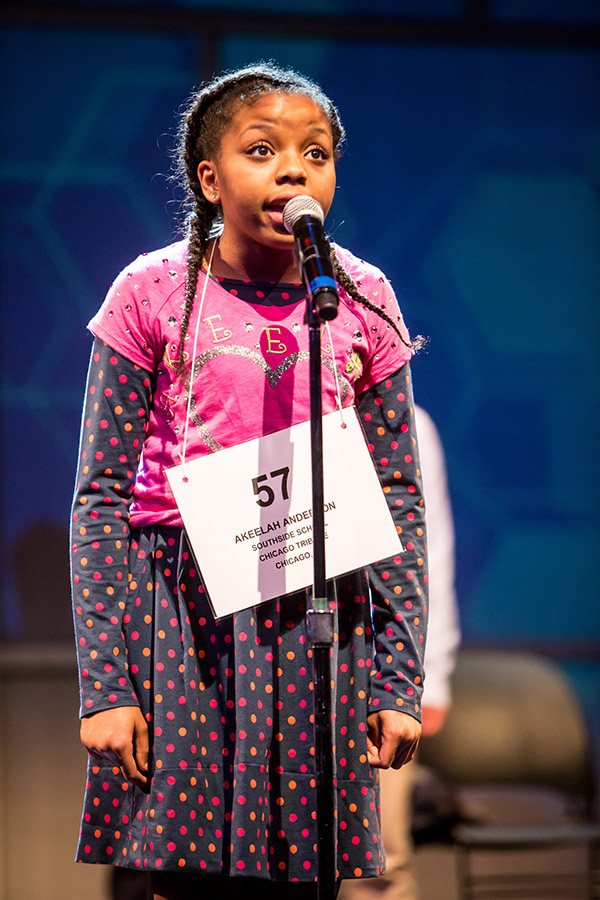 Previous Post: An Oinking Good Time at the Bacon and Bourbon Festival
Next Post: Inside Madison & Mistletoe: A Charitable Holiday Happening