Opposites attract, and The Shakespeare Theater’s pairing of equally absurd The Critic (1779) by Richard Brinsley Sheridan (adapted for modern American audiences by Jeffrey Hatcher), and The Real Inspector Hound (1968) by Tom Stoppard, offers the perfect double bill.  Both witty one-acts spoof theater itself, yet offer diverging views of the devil in the delivery.

The evening opens with the infallibly funny The Critic, a farce in the classic Moliere style. Any centuries-old staleness is refreshed by contemporary parallels. The play opens with theater critic Dangle (John Ahlin) decrying to Mrs. Dangle (Naomi Jacobsen) the newspaper’s parade of horribles (the looming American Revolution) in favor of stage entertainment, a sentiment that will resonate with an audience seeking refuge from ISIS, election clamor, and the woes of the 24-hour news cycle. A wordy first half is jammed with salacious innuendo satirizing late-18th-century theatrical customs, and followed by a hilarious rehearsal of Mr. Puff’s (a scene stealing Robert Stanton) dreadful tragedy about the Spanish Armada. If occasionally verging on slapstick, theater aficionados will savor the nudge and wink of familiar tropes such as Tilburina’s (Sandra Struthers) over-the-top Ophelia-parody mad scene, dottily crying “They have killed my squirrel in his cage!” 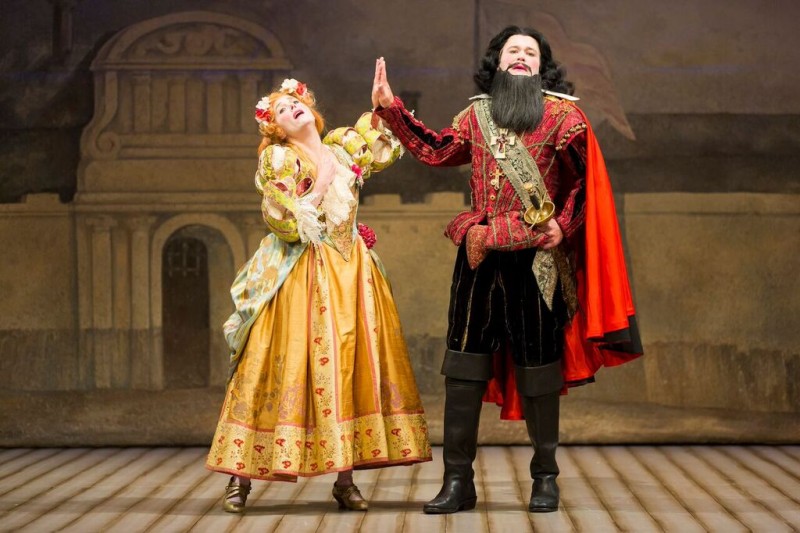 Stoppard (himself a former critical hack) follows Sheridan with his postmodern parody The Real Inspector Hound, sending up not only the whodunit genre, but also the ambitions – both literary and carnal – of theater critics. Stoppard gleefully lampoons the interminable English country-house murder mystery with lines such as housemaid Drudge’s (Jacobson) telephone greeting: “Hello, the drawing room of Lady Muldoon’s country residence one morning in early spring.” He is no less critical of the sophistry of the critics, lambasting the clichés of affected second-string writer Moon (Stanton) and lascivious Birdboot (Ahlin). In their first exchange, Birdboot confides to Moon, “Me and the lads have had a meeting in the bar. We’ve decided it’s first-class family entertainment, but, if it goes on beyond half-past ten, it’s self-indulgent.” The critic’s insouciance dovetails Sheridan’s earlier assertion, “The number of those who undergo the fatigue of judging for themselves is very small indeed.” 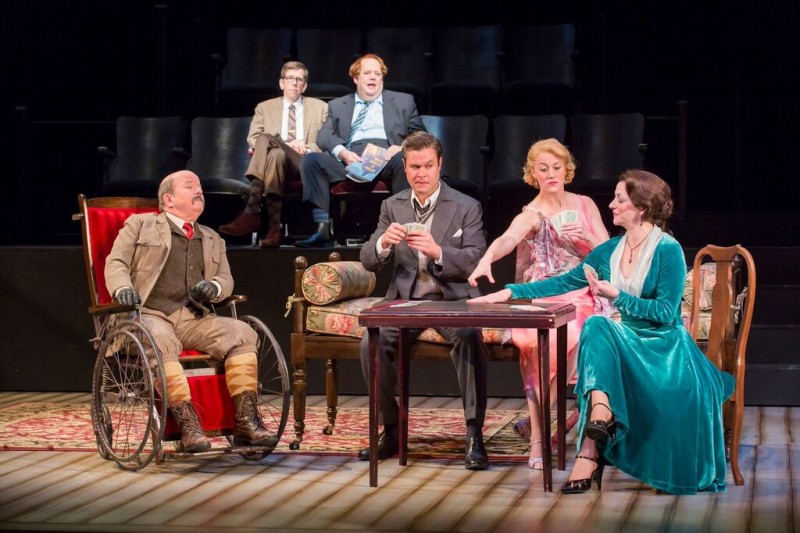 Where the plays harmonize is the influence of the business of theater on theater itself. In The Critic, Mr. Puff scrambles through rehearsal, changing his play on the fly to meet the capricious demands of a potential sponsor. In Inspector Hound, Moon’s pompous aspirations and Birdboot’s vulgar yearnings dictate the lens through which they rate the play rather than the performance itself, until they comically crash through the fourth wall becoming part of the action itself (and leading to some of Stoppard’s cleverest wordsmithing as earlier lines are repeated to new effect). 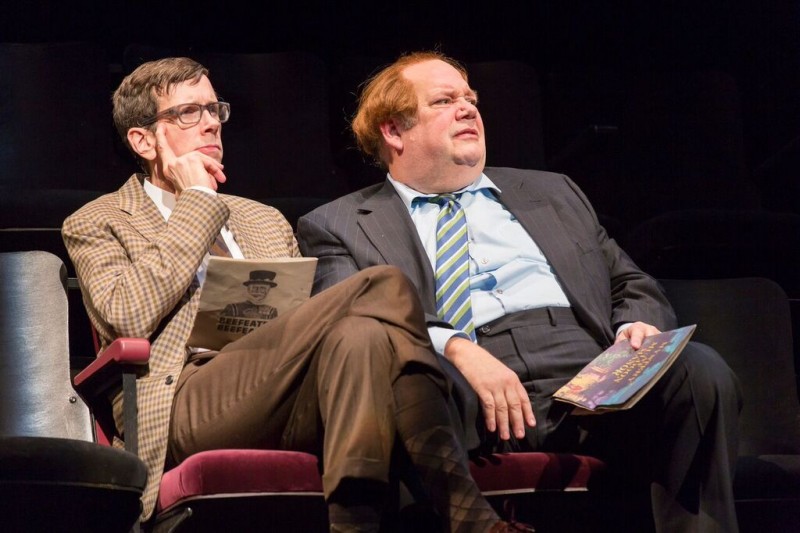 The bootprint of those who critique, not create, is an evergreen subject, recently showcased in the movie Birdman. Under the direction of Michael Kahn,The Critic and The Real Inspector Hound offer a lighthearted take on the subject, wit and wordplay complimented by James Noone’s eye-catching sets, and Murrel Horton’s gorgeous costumes (and ensuing hilarity when the two regrettably collide). Theater buffs will love the self-referential winks and sly digs. Initiates will be tickled by droll one-liners, and the meta-meta comical hijinks of plays-within-plays. Critiques may differ, but the sound of audience laughter cannot be penned away. The Shakespeare Theater Company has presented an enjoyable break from the headlines. 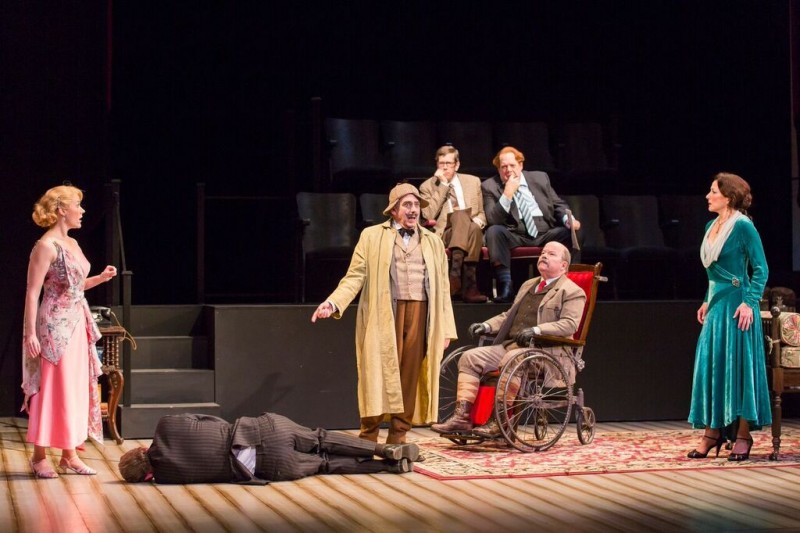 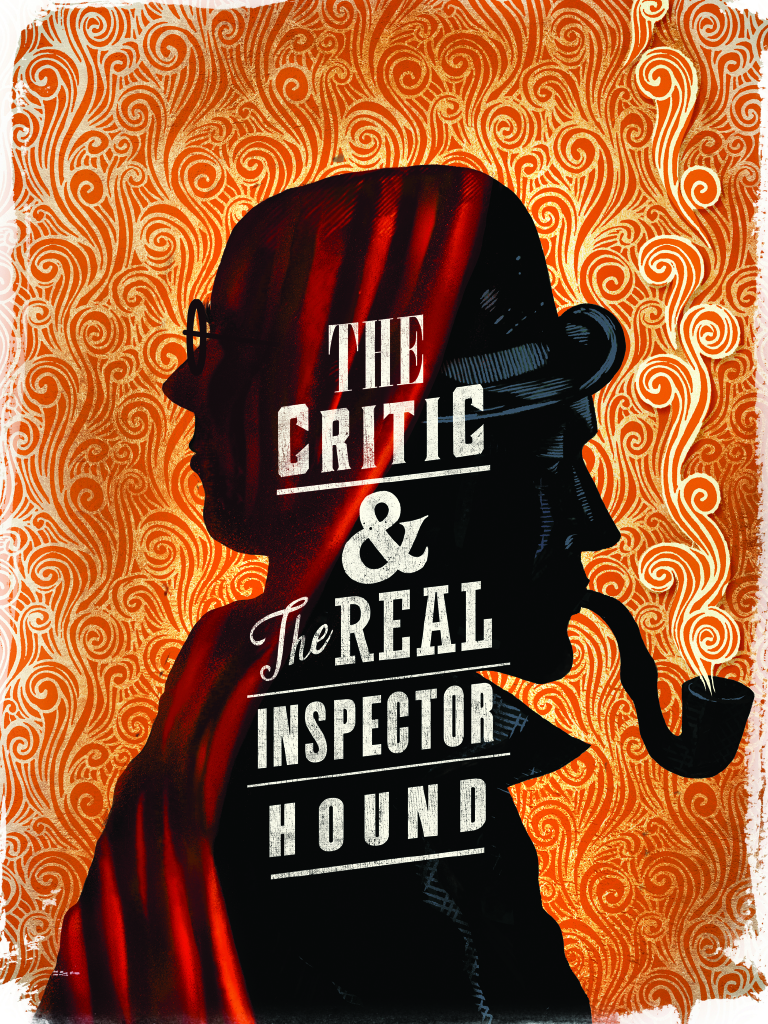