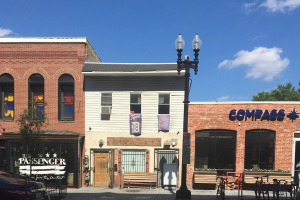 Ever been to Ivy & Coney in Shaw?  That place is great — but that building is ugly!  Built in 1881 as a blacksmith shop, the place needs a major facelift and other renovation work… which doesn’t come cheap. That’s why this “Ugly Duckling” is in the running for a Partners in Preservation: Main Streets restoration grant, presented by American Express and the National Trust for Historic Preservation.

1537 7th Street is competing against 24 other projects in cities nationwide for the prize, and to differentiate itself, Shaw is hosting a series of events to rally the community in hopes to secure that funding.

From now through October 31, 2017, the public is able to support DC’s chances by voting daily online at 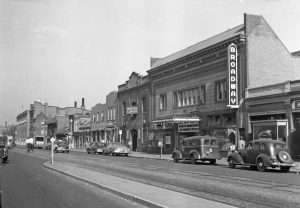 VoteYourMainStreet.org to “Forge the Future in Shaw.” (Winners announced on November 2,2017.) Voting is free, though registration using a valid email address is required.

To secure as many votes as possible for Shaw, Shaw Main Streets is running a variety of contests, as well as hosting fun “voter education” events. Each person who comes to vote for Shaw during the hours of the events will receive a complimentary beer and bites or be entered to win prizes! 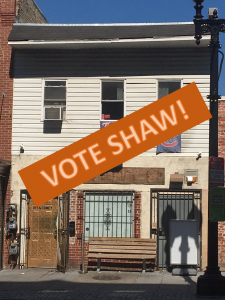 drinks/eats this week?  Here’s the schedule:

Previous Post: What’s With the #KindComments Mural That Popped Up at Union Market?!
Next Post: Arthur Miller’s Rediscovered Classic ‘The Price’ on at Arena Stage