The REACH Opening Festival (September 7–22, 2019) celebrates the Kennedy Center’s newly expanded campus with a festival that will feature more than 500 performances, events, and hands-on activities, from 10:00 am to 11:00 pm across the next two weeks. 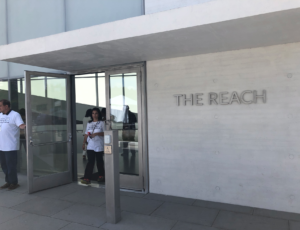 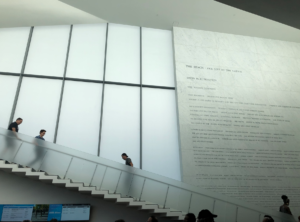 Guests will get their first views of the Kennedy Center’s $250 million expansion, which encompasses three new buildings and an impressive amount of outdoor space intended to be more physically connected to the city, engage with the community, involve young people, and provide for arts education collaborations. 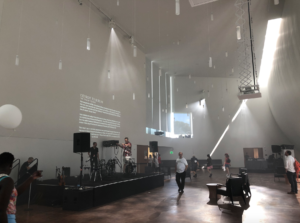 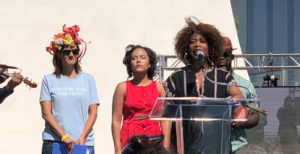 the community of Washington in ways that it has never been engaged before with the Kennedy Center, and also to make certain that not only people from the Washington area, but people from all over the country and all around the world feel that this is a place where they can come and learn more about the arts, participate in the arts, feel that this is their place, and really be in a terrific addition to the Kennedy Center,” 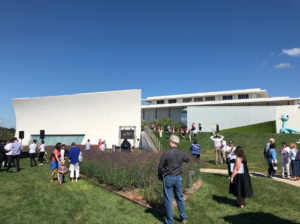 “We love and cherish the arts and creatives in Washington, DC,” shared DC Mayor Muriel Bowser, also on hand to speak during the inaugural festivities. “We are lucky to have such a national institution also embrace its local community.  Maybe 50 years ago, Washington, DC wasn’t a cultural hub, but I’m here to tell you that it is now.” The Mayor also shared that  the arts account for 8% of DC’s local economy, which is celebrated especially in September during the city’s 202 Creates festivities.

Now that The REACH has officially opened with a parade featuring dozens of local and national artists, as well as Kennedy Center leadership, two more weeks of free programming will complete its grand opening. The full schedule of events for the remainder of the opening festival is available online at www.kennedy-center.org/reach.

Previous Post: A Parade of Looks From the 3rd Annual District of Fashion
Next Post: Saturday Night’s Soiree — a Strivers Sneaker Social