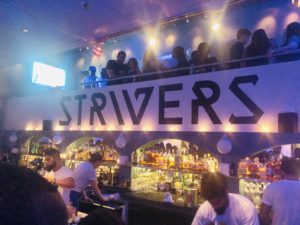 It was all about cocktails and kicks as D.C. sneakerheads flooded into Morris American Bar for a Sneaker Con after party on Saturday night.

Those who attended the Strivers pop-up party got an exclusive look at Team Durant and the St. James sneaker collection while shopping custom designs from Rabbit & Couth.