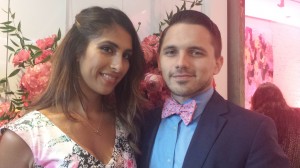 It is easy to take for granted the events that we attend – we don’t usually think about the details that go into making them so spectacular.

During the IDA ROSE launch party at the Fathom Gallery in Northwest DC, invited guests had the chance to see what goes on behind the scenes and how detail-oriented the event planning enterprise can be. 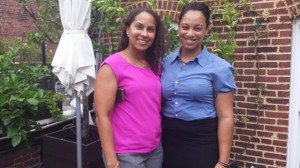 For Laura Held, 25, native of Fairfax, Virginia and founder and CEO of IDA ROSE, the launch party is a good excuse to throw a party – in this case, for the celebration of pursuing her dream of doing event planning for a living.

“I just want to celebrate it – life’s too short,” she said. 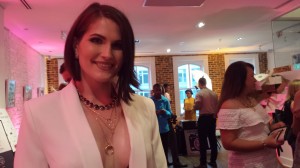 IDA ROSE, which is based in Arlington, Virginia, has been around for only a few months, but Held has been doing event planning for a long time.

“I’ve been doing events my entire life,” she said.

The launch party showcased the kind of drinks and desserts that clients can expect for their bar mitzvahs, bridal showers, baby showers, birthdays, or other notable occasions. Drinks included IDA ROSE Negroni and Granada Blanco. Both drinks revealed a complex take on flavors. The sweets were elegantly prepared, making them look almost too good to eat – almost. 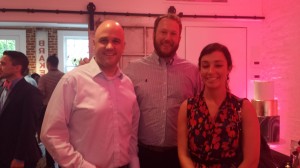 miniature confections, however, revealed a simple take on ingredients. For example, the Marbled Oreo Gems really did taste like Oreo cookies!

The party had a very relaxed atmosphere, which was effective to having a good time. Most of the lighting was pink and the occasional votive candle made an appearance. The background music also helped set the mood.

It is tempting to stay and linger at such a well-prepared party, but eventually, all good parties must come to an end.  Cheers to the next well planned soiree!

Previous Post: The Coolest Ways to Cool Down, Now at Blue Duck Tavern
Next Post: Presidential Candidates Already Starting to Face Off at Madame Tussauds