Country crooners generally headline the annual Gala for the USO.  The past few years’ attendees have seen the likes of Randy Travis, Toby Keith and Trace Adkins.

But last Friday at the Washington Hilton, recording artist Jordin Sparks went all American Idol for these American idols.  Having visited military bases overseas in the 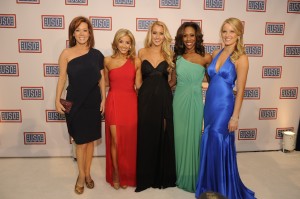 Middle East, Sparks was eager to continue to serve — through song.

Her mini-concert was part of a well decorated night of deserved honor, recognizing the bravery and sacrifice of an enlisted hero from each branch of the military.  The event also featured a keynote speech by General Martin Dempsey, Chairman of the Joint Chiefs of Staff, and the welcoming of award recipients to include Admiral Michael G. Mullen, USN (Ret) and 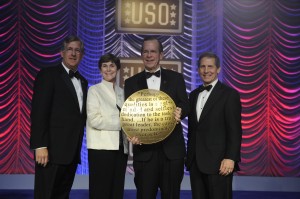 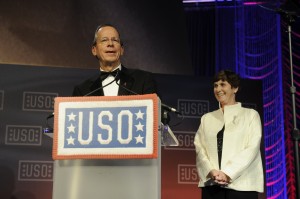 Behm even created a pomegranate lemonade USO cocktail in honor of her brother in the Air Force.  Even the drink was like countrytime… but with a little spark.

Here is the full list of the night’s honorees:

Previous Post: [Party Pix] An Election Party for Either Party at Lincoln
Next Post: [Vid] Food & Friends Gives DC a Bigger Piece of the Pie