It was a chew for the blue Tuesday night as the Chris4Life Colon Cancer Foundation held its first ever Eat4Life chef tasting event to remind Washingtonians that nutrition is a factor directly related to health. 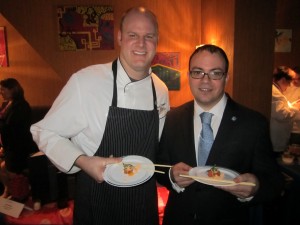 During March (National Colon Cancer Awareness Month), the organization which combats the second leading cause of cancer-related deaths in the country (over 145,000 new cases diagnosed this year!) celebrates survivors as well as those who lost their battle — all while stressing the importance of getting screened for colon cancer, which Chris4Life Founder Michael Sapienza (left with Chef Drewno) explains is 90% treatable when caught through early screening. 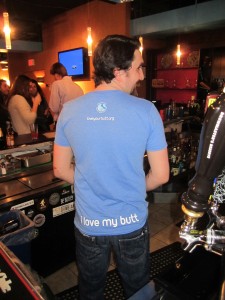 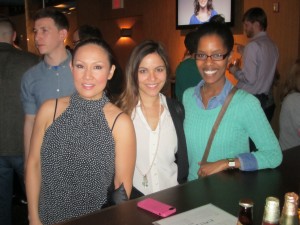 friendly dishes to provide healthy meal options while helping raise funds and awareness for the foundation.

In the end, Drewno dished up the “cook-off” win with a zingy salmon tartare tasting that pleased the most palates.