The highlight of the American Ireland Fund‘s 21st National Gala at the National Building Museum Monday night was a keynote address from Taoiseach Enda Kenny, T.D., Prime Minister of Ireland.

In town on a whirlwind tour of Washington that included a meeting with President Obama — to discuss continuing reconciliation between the Republic and neighboring Northern Ireland — the Prime Minister visited Capitol Hill, as well, before settling in for a night of fun and fundraising at the Gala.

The event brought together some 750 guests, including dozens of 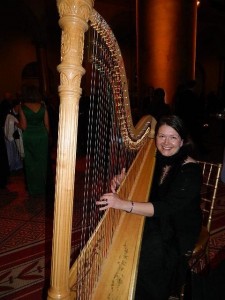 prominent American politicians as well as Irish natives, in support of the American Ireland Fund, a philanthropic network that supports programs of peace and reconciliation, arts and culture, education, and community development throughout the isle of Ireland and around the globe. 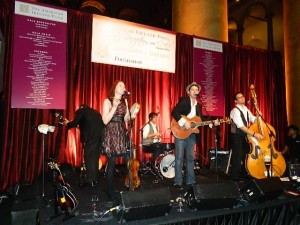 The Prime Minister joined attendees to dine on Irish smoked salmon, flank steak and Irish coffee — with a touch of Jameson whiskey! — before enjoying a special musical performance by Sir James Galway.

Previous Post: Inside Chris4Life’s Inaugural Eat4Life
Next Post: Gryphon Gets Going in Dupont with a VIP Preview Party