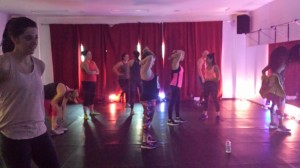 Valentine’s Day isn’t only a day for couples, but it is also an opportunity to show yourself some self-love.  (Yeah, you read that right!)

305 Fitness held a special Valentine’s Day fitness class at Logan Circle’s BodySmith Gym + Studios, where participants grooved and moved to the kind of tunes that you would dance to at a party, such as Cher’s “Believe,” Beyoncé’s “Crazy in Love,” Paramore’s “Still Into You,” The Black Eyed Peas’ “I Gotta Feeling,” and Calvin Harris’ “Summer.” The inclusion of a DJ playing tunes makes this workout less than 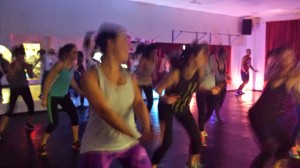 Spending 90 minutes doing exercise sounds like a daunting task, especially if you don’t exercise regularly, but the instructors, Marie Schlatter and Elena Littles, give enough encouragement not only for participants to keep going, but also to give you your space as you try to figure out how to do the movements, which include a combination of physical stretches, a little yoga, and dance movements. (However, if you really need to take a breather, you should discreetly get off the dance floor, take a few breaths, and find a spot where you can return to the scene of the action without bumping into anyone. You won’t be judged, 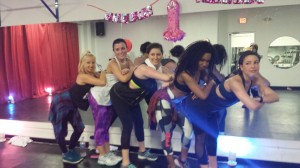 especially if it is your first time.)

This isn’t the first time that this workout took place, but it was a special Valentine’s Day version, which meant that the workout was 30 minutes longer than usual and the end of the workout session included gift bags. After the workout, trust us, those chocolates tasted more indulgent than they would have under normal circumstances.

Interested in taking a class? Newcomers are given a special offer of three classes for 29 dollars — regularly $24 per class!