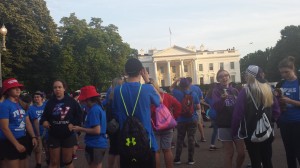 Even DC’s local know-it-alls will love trying out Detour’s new tour of the Capital City —  “Downtown Spirits and Spies.” The tour, which requires the use of a smartphone, is a walking tour with audio streaming in (so headphones are a must) – like in a museum, but actually outside on the streets. 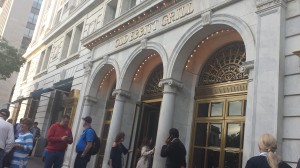 Listening to the tour immerses the listener into stories that aren’t well-known about Washington.

This tour starts at the Willard InterContinental hotel, then proceeds to the Occidental Grill & Seafood, continues on to the Old Ebbitt Grill, then goes past Secret Service agents to stand near The Treasury Building, and then finally ends up in front of The 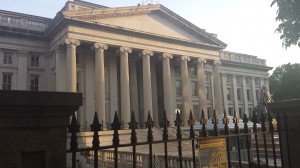 White House, which, of course, is heavily protected.

The tour is an opportunity to eat and drink plenty at some of the aforementioned places, where listeners are encouraged to pause the audio tour and enjoy themselves, but it is also a chance to learn more about the buildings and their histories.

What else?  You just might learn about how Roald Dahl was a spy for the British 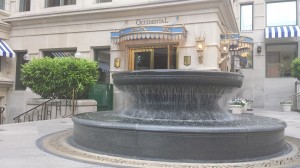 government… how a number of presidents went to the Occidental Grill & Seafood (which is also the location where a Cold War crisis was averted)…  how the Old Ebbitt Grill was a place to recruit Soviet allies… and how the Secret Service used cats as spies.

The end result? Even DC locals end up looking at the buildings they may take for granted with a fresh new view.