A sea of white gathered in our Nation’s Capital on Saturday, August 27th, to attend the annual clandestine Diner en Blanc. Guests waited all too patiently to learn of this year’s secret location, which was only revealed to 3,500 lucky guests in attendance a mere two hours prior to the event. 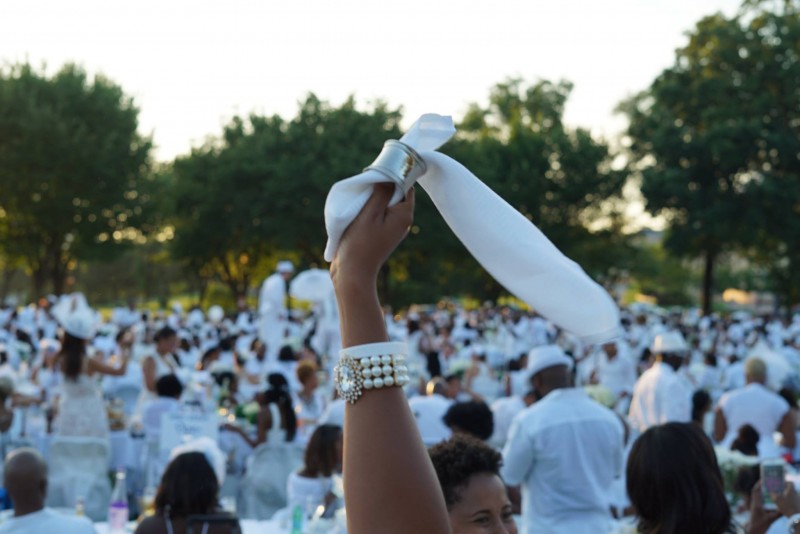 Upon reveal — Henry Bacon Park, just steps away from the Lincoln Memorial! —  thousands of people, dressed in all white, gathered with picnic tables, feasts, and frivolity to continue the tradition of this famous “chic picnic” in the public space. 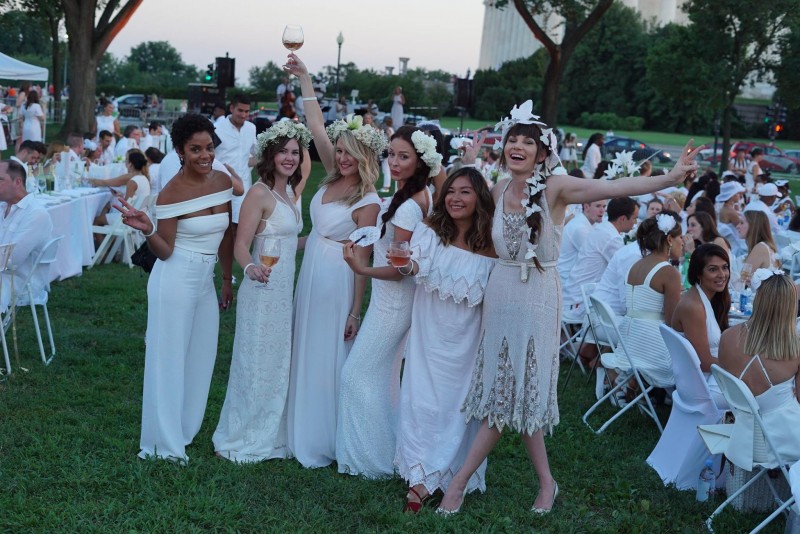 Diner en Blanc began almost 30 years ago in Paris and is now featured in cities around the world for one wonderful evening.  Attendance is an honor, as invitations are limited, and granted almost exclusively to those who have attended previously — or to those whom they wish to join them.  We hear this year’s wait list may have topped 20,000! 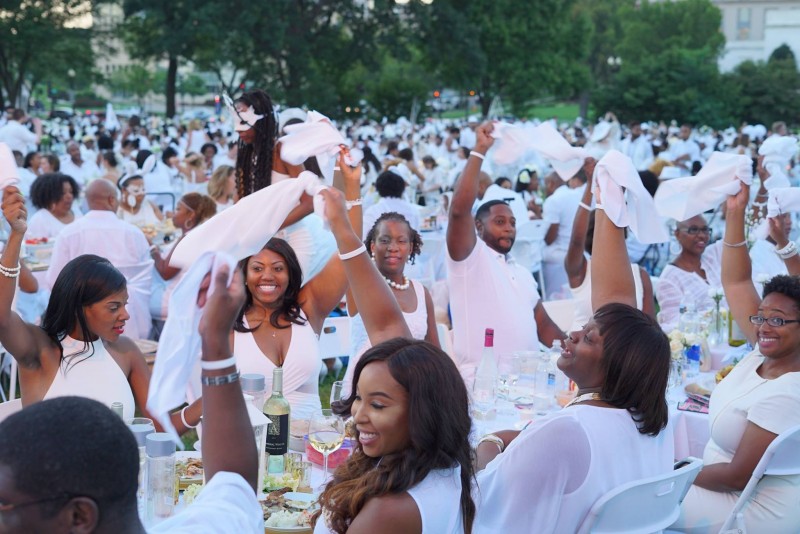 While the food itself did not need to be white, it certainly was fine. The meal began with a wave of napkins in the air, then continued in leisure until promptly at 8 PM, when a sea of sparklers signaled the end of the picnic and the start of the dance party. Two hours later, all guests packed up their things and left without a trace, as per Diner en Blanc custom.

As guests enjoyed the beautiful and magical evening, Bryer Davis one of the event’s hosts, talked with K Street Magazine about the Diner and its to-do: 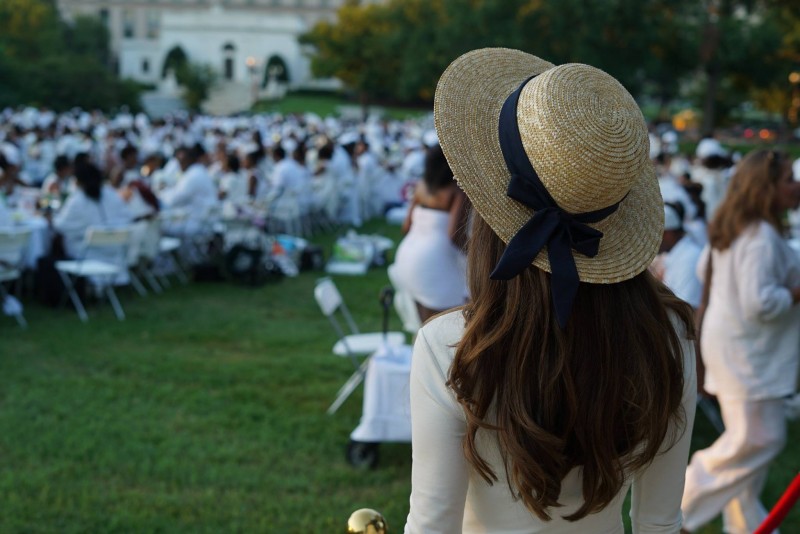 KSM: How was Henry Bacon Park chosen as this year’s secret location?

Davis: From day one, it was always a dream and a goal to celebrate Diner en Blanc in view of an iconic memorial along the National Mall.  The event needed some years under its belt to show its integrity and to build relationships.  Yards Park, along the Capitol Riverfront, was special in that it highlighted an emerging neighborhood and brought people to a part of the city where they may have never previously been.  The Carnegie Library is beautiful and iconic and historic in its own right, and was a wonderful location for the 2nd year.  As the event grows in size each year, space is a major consideration.  Henry Bacon Park was a dream come true because it could accommodate the size and had this unobstructed view of the Lincoln Memorial, a building Bacon designed.  It was perfect. 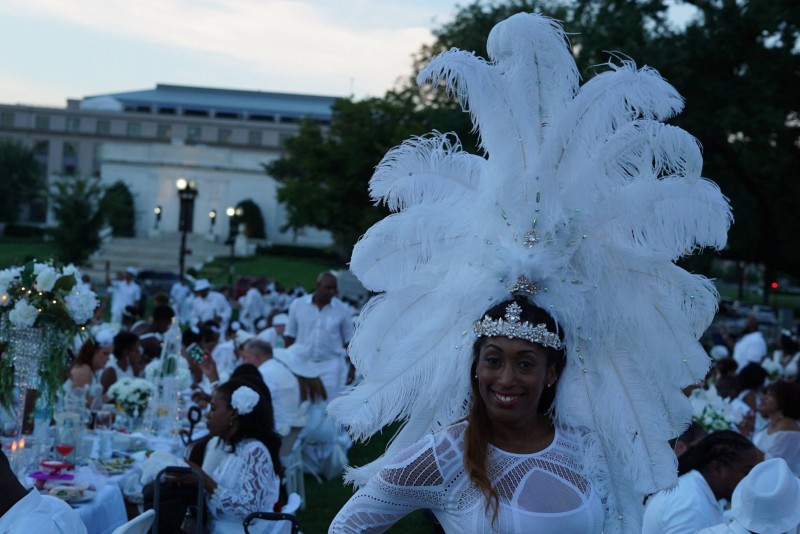 KSM: How does DC compare to the Diner En Blanc across America and internationally?

Davis: Each city’s DeB reflects the uniqueness of that city.  Charleston, SC’s DeB has this very southern-whimsical feel to it.  Boston’s DeB, one can walk around and spot bright red, fresh-steamed lobsters sitting on white dishes.  Las Vegas’s DeB has this incredible aspect of live entertainment.  DC’s event really reflects our nation’s capital, and that was highlighted this past weekend by celebrating at the foot of the Lincoln.

KSM: Diner en Blanc is said to be one of the hardest events to score an invitation.  Everyone wants to know… what is the secret to getting an invite?

Davis: You need to know someone who attended the previous year’s event who can sponsor you or be lucky enough to snag tickets as soon as the waiting list opens. 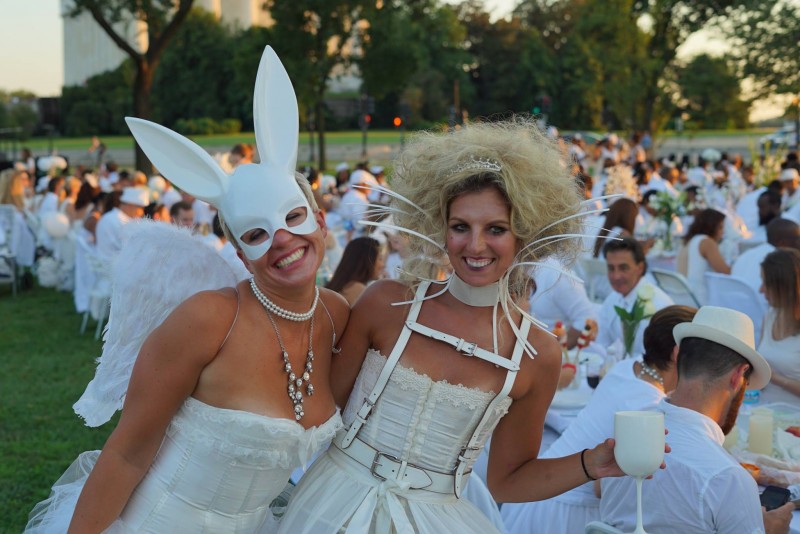 Davis: It’s the element of the unknown and unison.  The unknown includes everything from the secret location to the guests sitting next to you.  That sets the tone of excitement for experiencing your community doing something as simple as a picnic dinner in unison.  Dressing in unison, traveling to the secret site in unison, waiving of the napkin in unison, lighting your sparklers in unison, dancing in unison, and departing in unison.  Doing all of this in a place where you’d least expect this kind of experience to be had.  Experiencing that is magical.  We always love being at the secret site early the next morning searching for items left behind and making sure we’ve left the location as clean as we found it… and to say good morning to a passerby who may have no clue that just hours before, thousands of people were celebrating Diner en Blanc in that exact location.  So to be able to do something like this in a public space, that’s special and creates a feeling of magic, too. 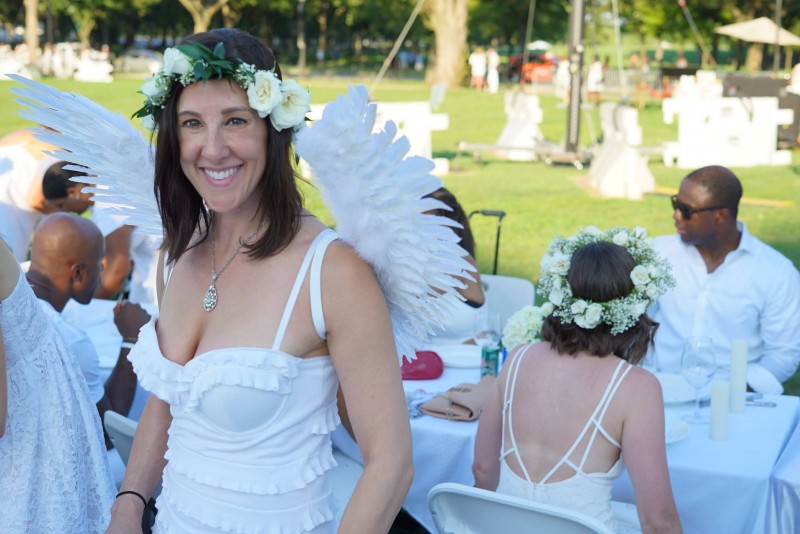 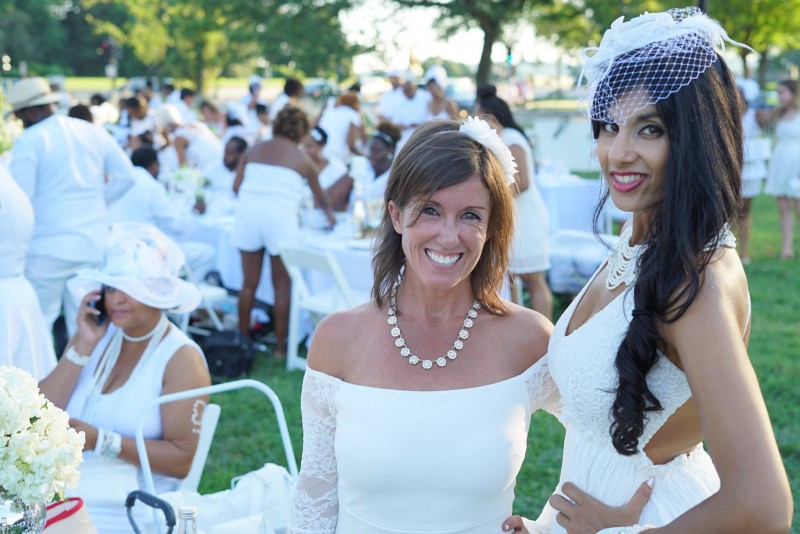 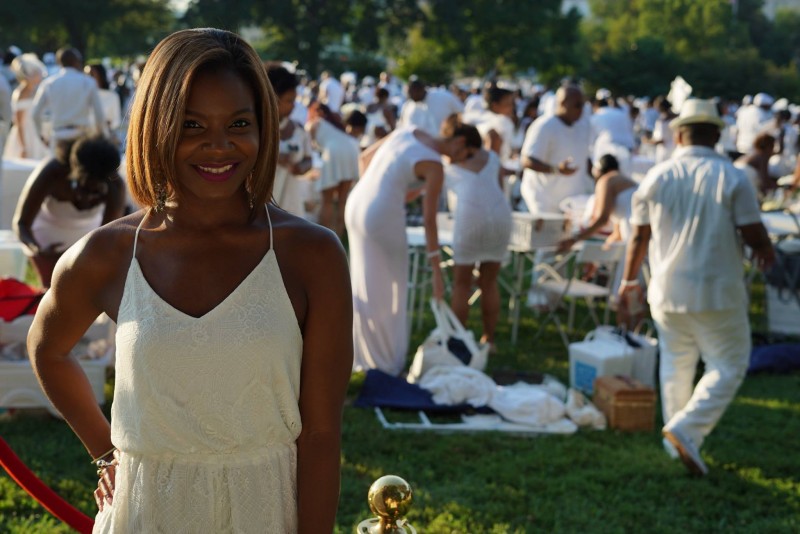 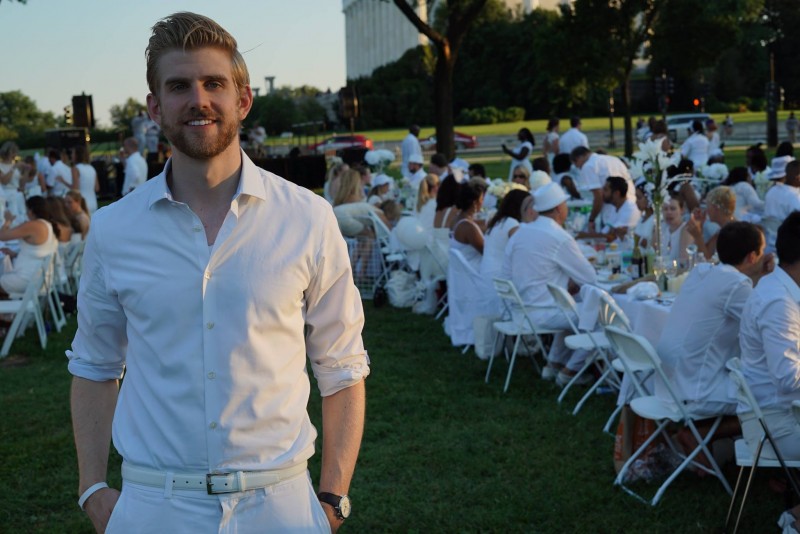 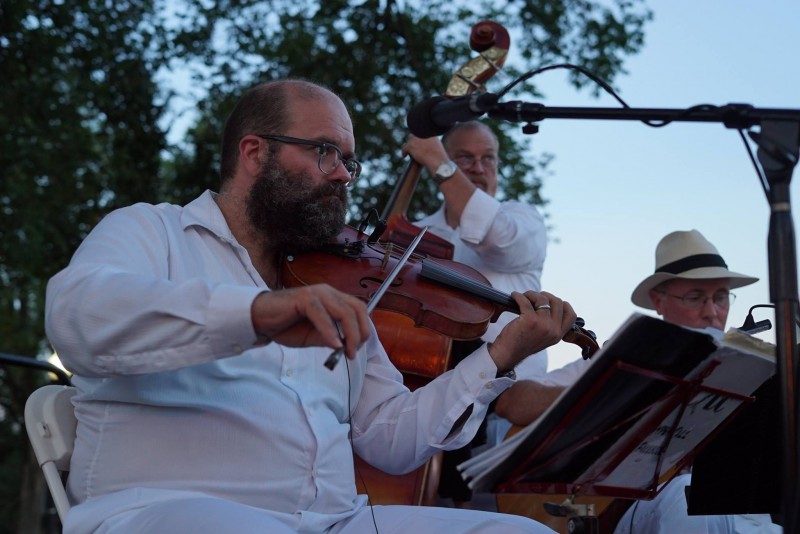 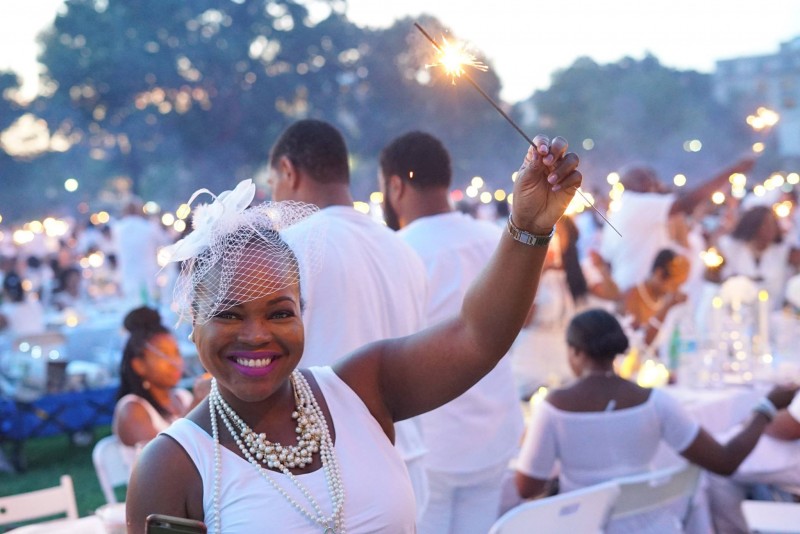 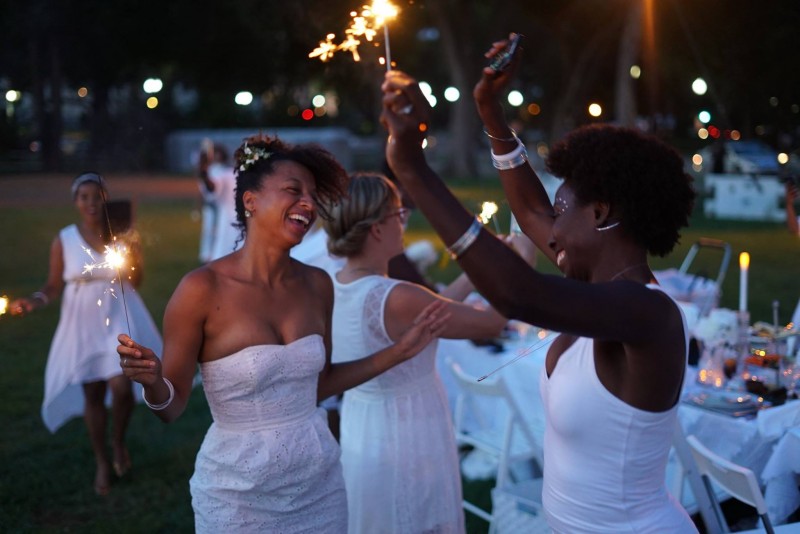 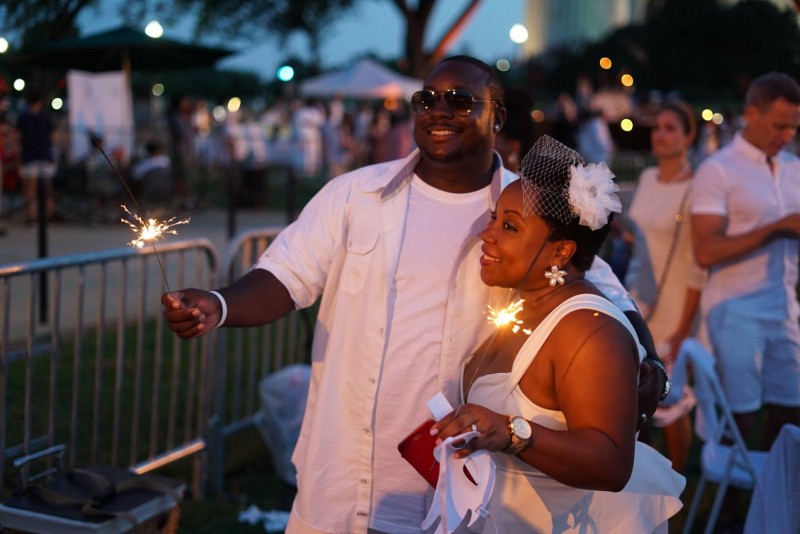 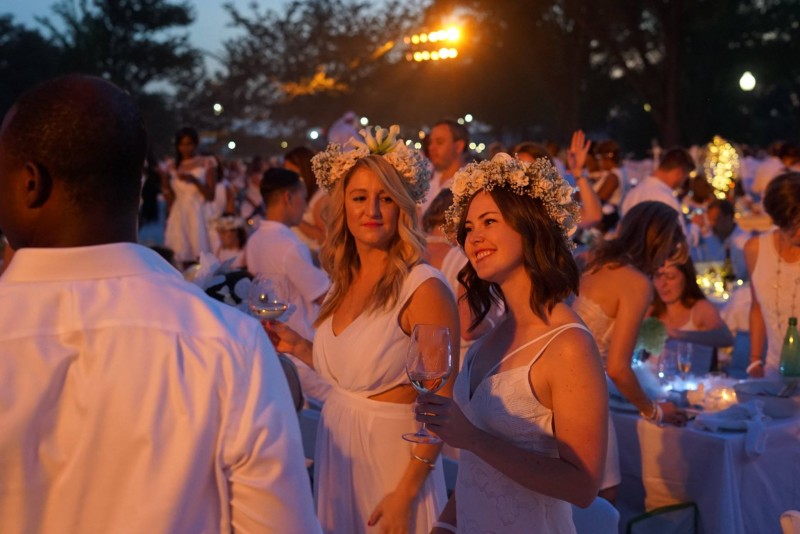 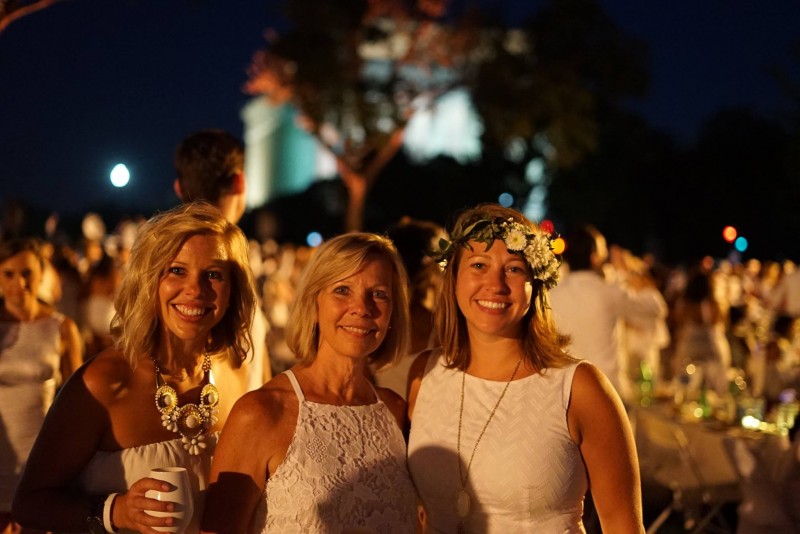 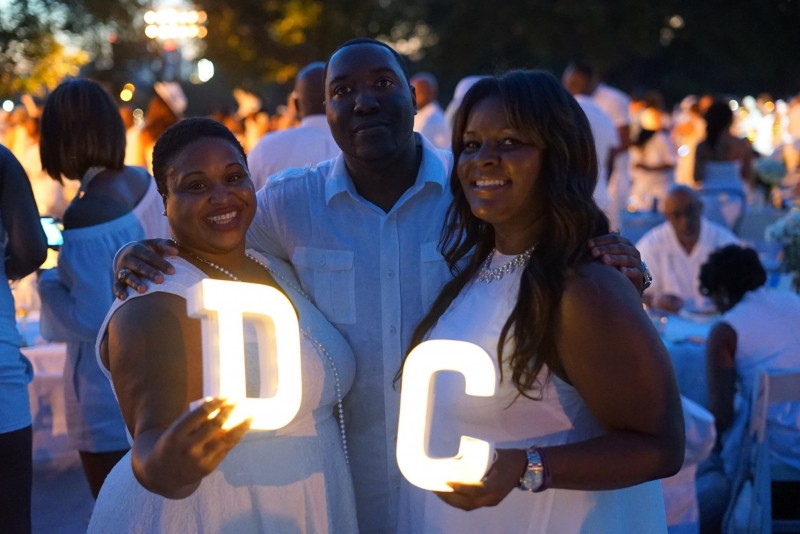