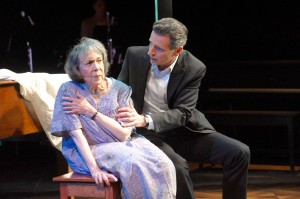 Memory is a fickle mistress — we are at its mercy, and it carries with it an endless capability for transformation.
That’s the lesson learned in Motti Lerner‘s powerful new piece for the Mosaic Theater Company, “After the War.“ The play centers around a musically-oriented Israeli family caught in the aftermath of the 2006 Lebanon War, which began with a Hezbollah attack on Israelies that killed three soldiers. In the play, a classic pianist returns to his home country of Israel after essentially disappearing from their lives for 18 years. Instead of a happy welcome, Joel, played by Paul Morella, is confronted with the reality 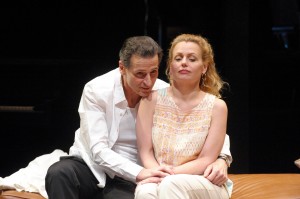 that his family considers him a traitor for his decision to speak out about an alleged Israeli Defense Force attack on innocent Lebanese citizens a month after the war began.
But memory molds our actions, and Joel’s surprise at the hostility he faces is the direct result of the romantic nostalgia associated with his artist’s temperament. His artistic family members are also prisoners of that temperament, and they allow their memories — marred by Joel’s unpatriotic words — to dictate their own actions. Despite the advice of Joel’s mother, Bella (played by the fantastic Babara 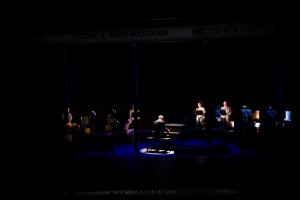 Rappaport), that they “won’t let [their] memories confuse [them],” memory and forgetfulness play just as important of a role in their story as the characters do.
In the end, there is no redemption. But perhaps that’s not important. Perhaps what’s more important is finding the strength to make your voice heard among the wreckage, and every character in this play does just that. Joel states: “You’ll see how you’ve been fooling yourselves that it’s possible to stay silent and be decent human beings.” The thing is, though, that they aren’t silent — they’re all just seeing history on different sides of the fence.
“After the War” will run from March 24-April 17 at the Atlas Performing Arts Center.