Actor, director, and producer Tom Hanks was honored by the National Archives Foundation earlier this month at its black-tie gala. He was the recipient of its notable Records of Achievement Award, the highest honor given by the National Archives Foundation to an individual whose work has fostered a broader national awareness of the history and identity of the United States through the use of original National Archives records.  Hanks was recognized for his work over the past four decades that has been “a powerful illumination of the American story.” 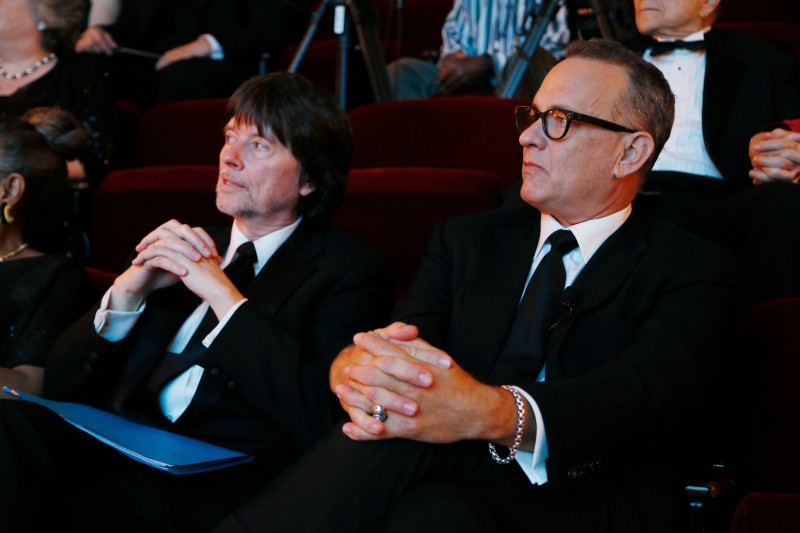 “Tom Hanks’ body of work exemplifies the kind of integrity and personal passion for American history that has become a hallmark of the Records of Achievement Award,” said A’Lelia Bundles, Chair of the Board of the National Archives Foundation.

“As an actor, director and a producer, he is committed to storytelling that educates and entertains. And as important, his use of historical records highlights the value of preserving National Archives documents for future generations of historians, filmmakers and citizens.”

“No actor has covered the span of Twentieth Century American history as broadly as honoree Tom Hanks,” said Archivist of the United States David S. Ferriero.

“He’s served in World War II (in both the European and Pacific Theaters), negotiated for the U.S. in the Cold War, fought in Vietnam, worked in Congress, and led the space program. He’s fought pirates and deadly viruses, befriended mermaids, and saved both Private Ryan and Gary Powers. Off-screen, he supports military veterans and caregivers, environmental issues and the space program. Furthermore, Tom’s a self-described ‘geek’ who collects and still uses typewriters – two characteristics that alone make him worthy of this honor! He’s also been called ‘the coolest guy ever,’ which gives us geeks at the National Archives hope. In addition to his many honors including his place in the Army Ranger Hall of Fame, his two Oscars, and the asteroid named for him, I am proud to honor Tom with our Records of Achievement Award.” 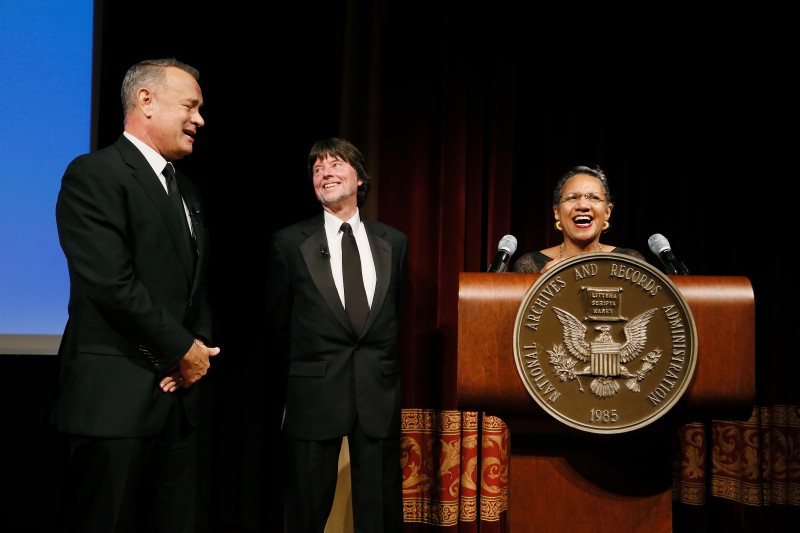 And said Hanks:  “As a dive into archives of almost any kind is, to me, a swim in the finest of waters, I’m dazzled to be a part of this event. Part of my job has always been one not far from that of a lay-Historian, to understand that I am a part of the documenting of the human condition and the American idea, even in the silliest of stories. My hope is that the event is as enjoyable as possible for those who attend; that a Night of Work is not required.”

The annual gala included a tribute video, awards ceremony in the Archives’ William G. McGowan Theater and a seated dinner in the Rotunda Galleries. The evening concluded with a champagne toast outdoors on the National Archives’ portico overlooking the National Mall.