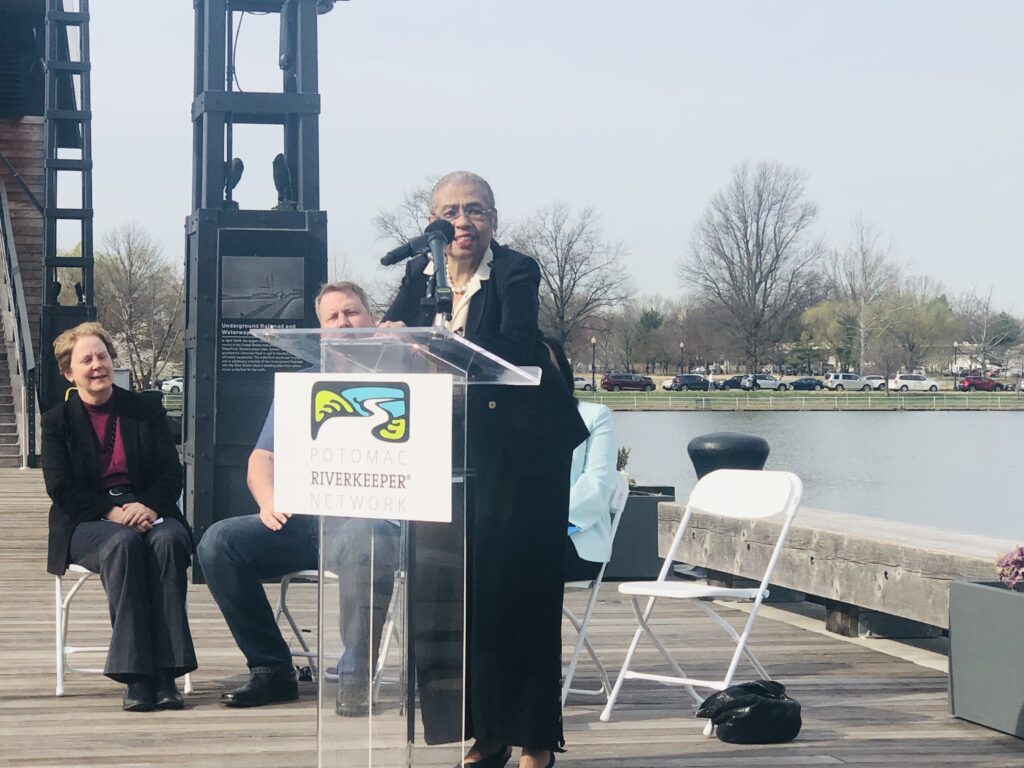 DC Delegate Eleanor Holmes Norton was among those who joined the Potomac Riverkeeper Network at the Wharf’s District Pier Tuesday morning to celebrate World Water Day, the 50th anniversary of the signing of the Clean Water Act, and environmentalists’ efforts to designated the Potomac River as swimmable again.

It is illegal to swim in the Potomac and other DC waterways because of sewage and pollution contaminants.

In a campaign that started over two years ago, Naujoks said that he and his team began testing the waters weekly to determine its levels of hazardous waste and bacteria. “We’ve been doing testing for three straight years, every single week, and we’re finding that there are plenty of days, and a lot of places more than 85% of the time, where it is safe to swim in this river.”

“This River belongs to the people. We demand clean water, and that’s what we’re working on,” Naujoks said. “We feel it’s time to lift the swim ban here in DC. This River should not just be for the boaters, but for every American.”