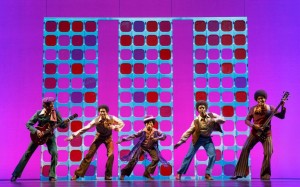 Motown: The Musical at the National Theater follows in the footsteps of popular jukebox musicals Mamma Mia, Jersey Boys, and Beautiful, telling the story of Motown founder Berry Gordy (played with cornball sincerity by Josh Tower) through a seemingly endless mash-up hit parade from the 1960s and 1970s. Written by Gordy himself, and directed by Charles Randolph-Wright, the show has the flash, costuming, dance moves, and soul you’d expect. 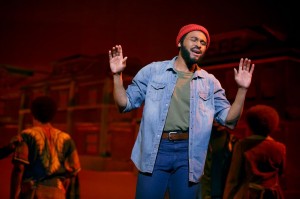 generation. Standouts were Marvin Gaye’s a capella What’s Going On, and a young Michael Jackson singing Who’s Loving You (played by alternating actors, Leon Outlaw Jr. performed for me).

Motown emphasizes music at the expense of plot, the skeleton outline holding together loosely at best, deepening only marginally into Gordy’s relationship with Diana Ross. It’s a forgivable choice. Viewers will be fascinated by the genesis of artists and hits. This is our history. We smugly enjoy the handwringing of Diana Ross (vibrantly portrayed by Allison Semmes) wondering if she can make it on her own, and wince 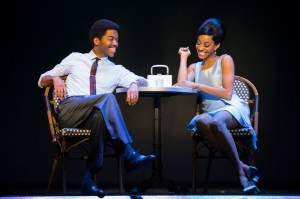 when Marvin Gaye (played with smoldering sexuality by Jarran Muse) references the father that will later kill him. Plot isn’t needed when the songs themselves tell the story of America’s changing attitudes toward race in the 1960s. Everyone loves an underdog, and Motown shines brightest at its triumphant breakout success in Act I, and its comeback in Act II.

Even the wafer-thin storyline becomes muddled as songs are sometimes used to tell the story of their own advent, performed by the artists that made them famous, and other times used as “book” songs to advance the plot. Particularly incongruous are the two unfortunate odd original pieces. But the quality of the music is worth the price of admission. Each song is delivered with soul, rhythm, blues, and a hint of pop. The 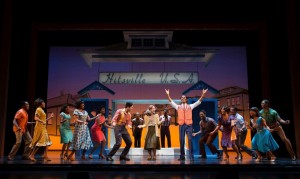 talent on stage runs as deep as the Motown artist list. At over fifty songs, tempo can drag at times, but ultimately, few baby boomers will be able to resist the rush of nostalgia as performers crest into the chorus of I Heard It Through The Grapevine, Ain’t To Proud To Beg, or I Can’t Get Next To You.

The story of Gordy and Motown is ultimately a tale about dreaming big. The earworms that came out of the ramshackle two-story in Detroit paved the streets with gold records and reunited a country divided. In the chop of Black Lives Matter, San Bernadino, and combative politics, we are again a country at a 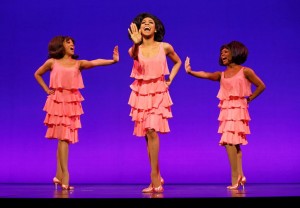 crossroads. Motown rejuvenates, uplifts and leaves you feeling that there is hope, something we can all use a little more of right now.