The jukebox musical surged in popularity following the success of Mamma Mia: Movin’ Out, Beautiful, American Idiot, and many more. But none succeeded more or set the bar higher than The Jersey Boys, winner of multiple Tony Awards, including 2006 Best Musical, the 2006 Grammy Award for Best Musical Show Album, the 2009 Olivier Award for Best New Musical, and the 2010 Helpmann Award for Best Musical (Australia). Still touring and drawing a packed house after ten years, the musical returns to the National Theater this week with a fresh cast and reinvigorated staging for a night out all will enjoy. 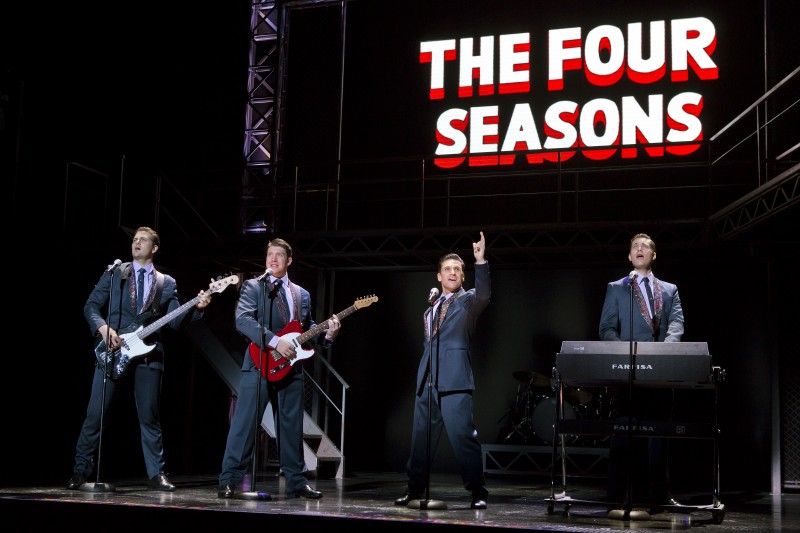 For the uninitiated, The Jersey Boys is a documentary style musical detailing the formation, rise, and dissolution of 1960s singing sensations The Four Seasons, led by Frankie Valli. The musical is structured around the four “seasons,” with each band member narrating a different phase in the history of four boys from hardscrabble New Jersey who, with a spt and a polish, could sing the doo-wop with velvet finesse. From under the streetlamp to the top of the pop charts, their self-written songs are toe-tappingly familiar: Big Girls Don’t Cry, Walk Like A Man, Sherry, December 1963 (Oh, What a Night), Stay, Working My Way Back To You, Can’t Take My Eyes Off Of You, and Rag Doll, among others. 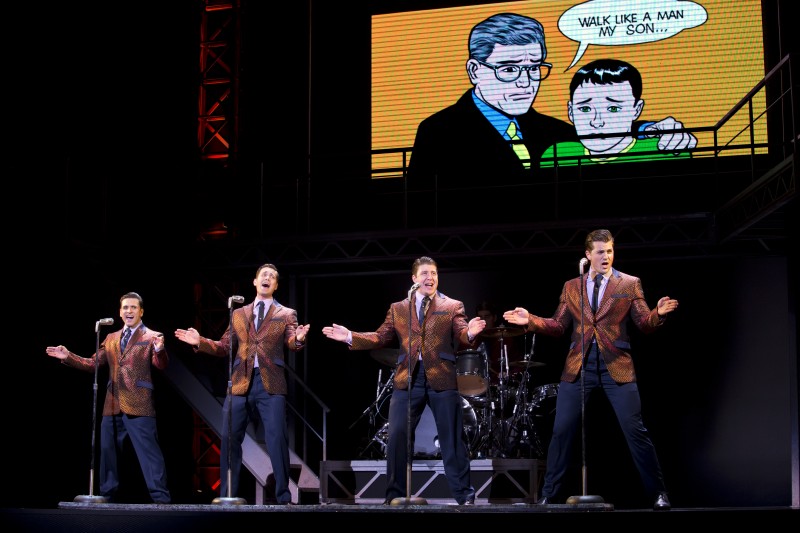 As with the best biopics, my googlin’ fingers were itching as I watched, I was so engaged. The curtain barely hit the stage before I was researching more about the players. The cast is excellent and, in imprecise terms, has heart. Aaron DeJesus sounds a dead-ringer to the original Frankie Valli, playing the singer with elfin vulnerability and enthusiasm. Small stature, huge voice. Drew Seeley and Matthew Dailey are perfect foils portraying earnest, calculating Bob Gaudio and roughneck, con artist Tommy Devito. Keith Hines’s nuanced Nick Massi is so genuine and lovable you want to meet up after the show to hang out over a whiskey. His comic one-liners enhance an already elevated ensemble cast. 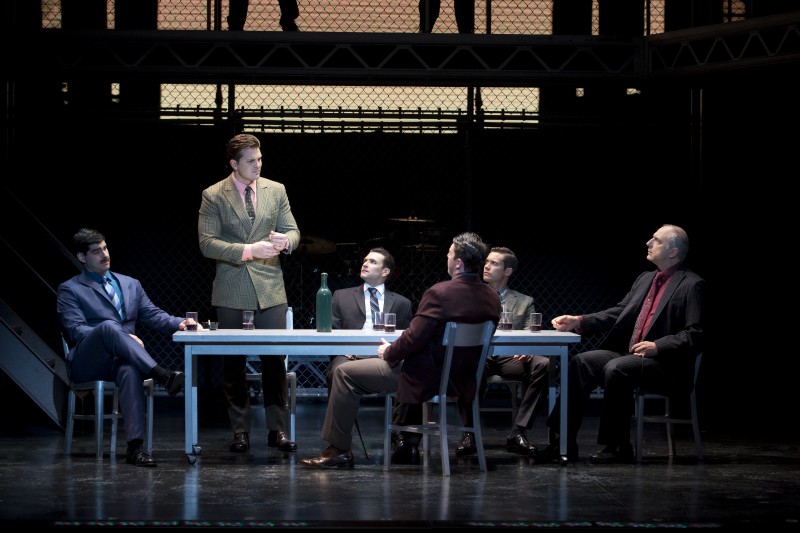 The Jersey Boys book is written by Academy Award-winner Marshall Brickman and Rick Elice with more play and less bombast than most jukebox musicals. They writing team doesn’t shy away from the raw edges, the muddy mafia connections, the unapologetic philandering, which endears the characters more for all their real sins. Best, the story is mostly told through the music, written by original Four Seasons member Bob Gaudio, lyrics by Bob Crewe, and with magical choreography by Sergio Trujillo. Klara Zieglerova’s staging is fluid, numerous set pieces rolling on and off with synchronized perfection. Howell Binckley’s lighting is concentrated, complementing Michael Clark’s multimedia projections (multimedia being the “gluten free” of stage these days, ubiquitously trendy). Costumes designed by Jess Goldstein enhance the setting and anchor you firmly in the era. The only toe-stub in the production was sound design, with dialogue occasionally hard to discern, but we’ll chalk it up to opening night jitters, soon to be corrected.

Two-time Tony Award-winner Des McAnuff deftly directs the harmonized spectacle, focusing, as he should, on the main event: the highs and lows of four boys from the streets of New Jersey to the Rock and Roll Hall of Fame. This poignant, feel-good night out is the perfect escape, remedying the ills of the day through the good old-fashioned harmonies of a bygone era. 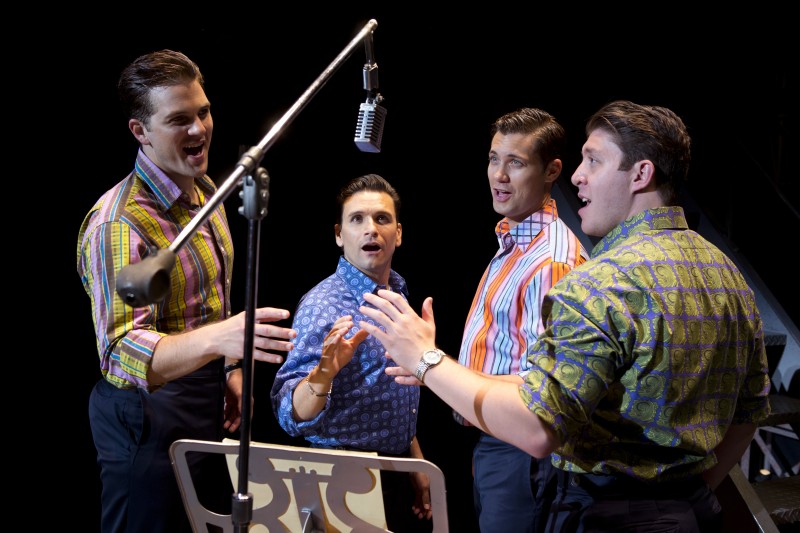 Previous Post: [Party Pix] Inside the Cathedral Choral Society’s GALA 1941
Next Post: ‘All The Way’: It’s All That

One thought on “The Jersey Boys: Still Poptastic After a Decade”