Media personalities, influencers, hospitality executives, nightlife moguls and VIPs kicked off CÎROC Week 2015 last week with a “Battle of the Bartenders” CÎROC People’s Choice Cocktail Competition at The Park at 14th. Guests cheered on 20 of the city’s top bartenders from restaurants such as – Farmers, Fishers, Bakers, Chaplin’s, Del Campo and STK – as they competed to create the evening’s most delicious CÎROC Pineapple cocktail. 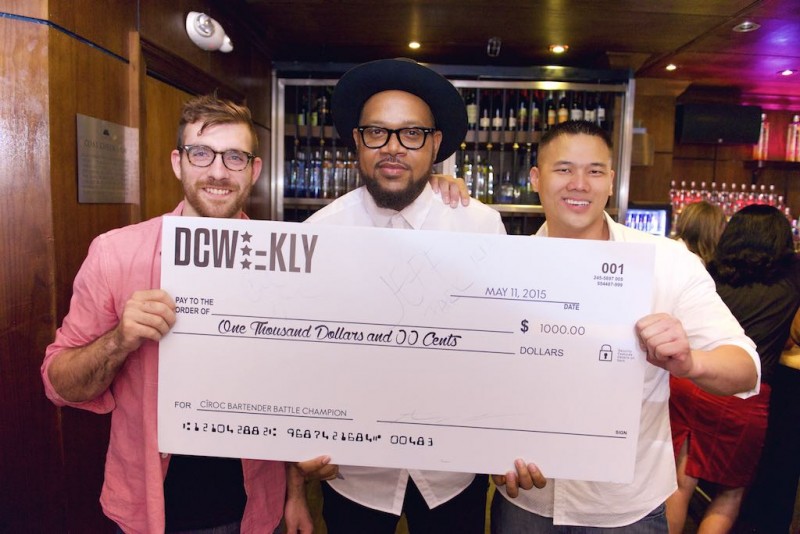 DCWKLY’s Anwaa Kong presented competition winners Chad Spangler of Provision No. 14 and The Park’s Jeff Lantang with a check for $1,000 for their “Cîrocoolada” and “Khaleesi Lychee” cocktails. The competition’s runner-up, Trevor Frye of Jack Rose Dining Saloon, received a $500 check for his innovative “Polite Assertiveness” signature mix.

Want to know how to make your own first place finisher?  Here’s how!

Previous Post: Getaround Seeks to Topple ZipCar in DC
Next Post: The Ritziest Way to Join the Rolling Thunder this Wknd