Highlights of the charity event included Chris Baker wowing the audience with a belly shimmy, while Kelly Oubre Jr. broke out a dab. DC United player Marcelo Sarvas took his footwork off the field for a two-step strut down the runway, and former US Olympian Giuseppe Lanzone made time for a quick selfie with the crowd.

With the help of event chair Shivani Dhingra Bajaj and top sponsors White Star Investments, Jetlinx, Verizon, Michael and Son, the Kampf Family Foundation, Strategic Cyber Ventures and more, this 8th annual “Walk This Way” raised more than $100,000 for the nonprofit’s “Men of Code” program — an initiative which engages and educates coaches and young male athletes to become leaders and allies in the movement to end domestic violence. Specifically, the proceeds from “Walk This Way” will allow Becky’s Fund to bring the program to three additional schools in 2017. 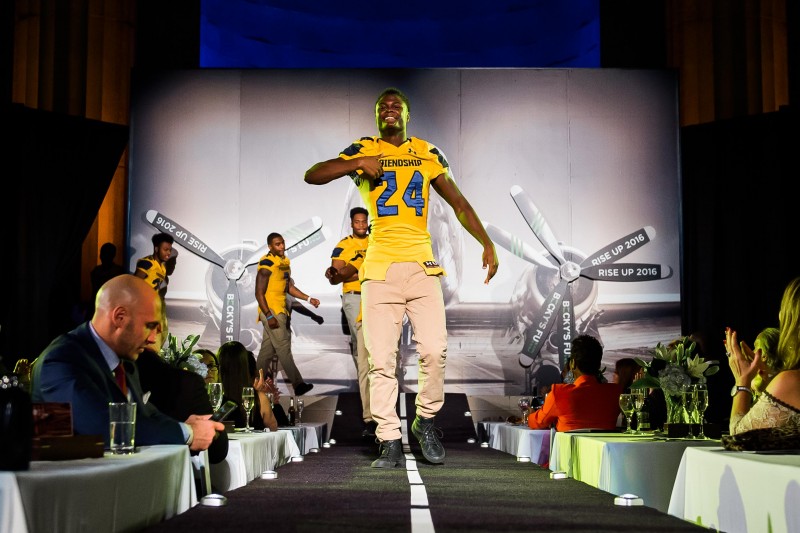 Attendees sipped specialty drinks and noshed on gourmet food by Rouge Catering, while mixing and mingling with some of the area’s favorite sports stars, performers, political power brokers, business leaders and fashion influencers. DJ Oz provided the tunes and set the mood for the fashion show. The evening continued with an after-party at Living Room.

“I founded Becky’s Fund 10 years ago with the mission to end and prevent domestic violence through education and advocacy,” said Becky’s Fund founder Becky Lee. “I wanted to build an organization that breaks the cycle of violence through education and empowerment. Through lessons on positive masculine roles, violence prevention, and leadership, our Men of Code will learn what it means to have integrity both on and off the field and they are given the tools to take a stand against dating and domestic violence.” 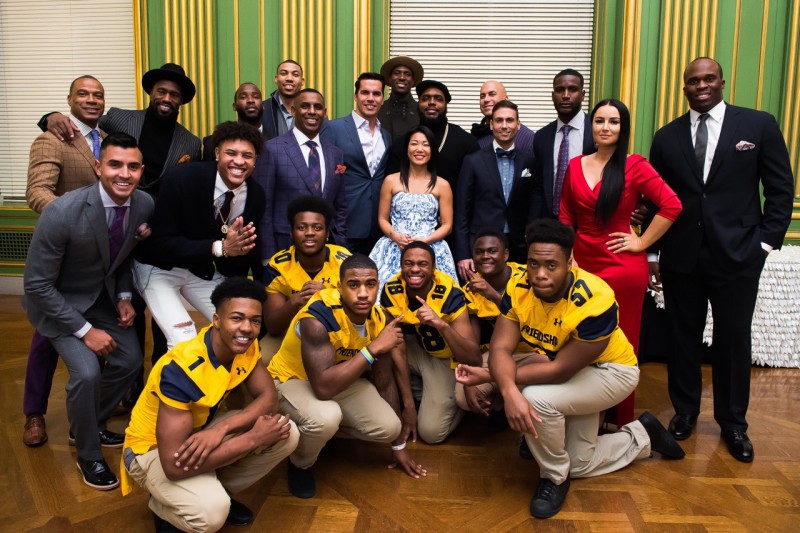