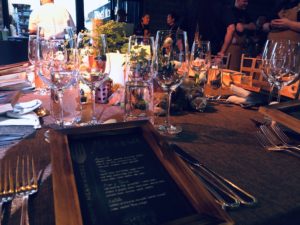 Bringing almost 20 celebrity chefs from all over North America for its second annual Chef’s Table event at Dock 5 at Union Market on Tuesday, April 9th, HMSHost — yes, the highway and airport food service company — solidified its place in the DC event scene for grand and gourmet get togethers. 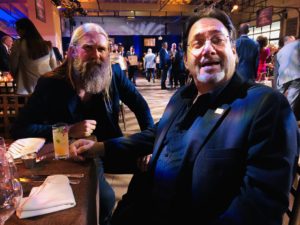 “We are focused on being part of the solution,” said Steve Johnson, President and CEO of HMSHost, of the Foundation’s efforts.  Chef’s Table, at only its second year, raised $270,000.

“We are sitting tonight in the Capital of the richest and most powerful country on Earth, yet in this city we are surrounded by a significant homeless population and thousands and thousands of families who are struggling to put food on the table.  Even though we read headlines about strong economies and job growth, as a w

hole U.S. and Canada, there is still a strong sense of uncertainty for many people out there…. We have a lot of work to do, and we can’t do it alone, but I am so proud of the progress that the Foundation has made.”

Elite guests from the airports and F&B industries enjoyed a culinary show with dinner and live performance entertainment that included a special appearance by David Kwong, an illusionist and puzzle maker whose show, The Enigmatist, has been playing to sellout audiences in New York. 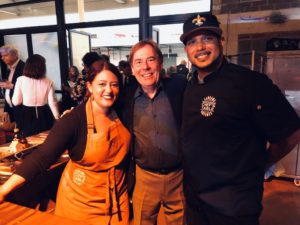 [VID EXTRA!] An introduction of the chefs: