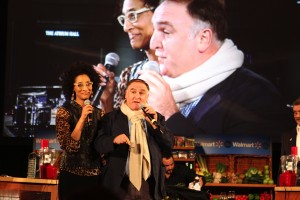 Art & Soul restaurant), as well as one tie-breaking judge from the audience who donated some $5,000 out of temptation to taste.

As the chefs battled it out, attendees sampled bites from some 75 local restaurants all vying to be judged as well… People’s Choice, that is.  Audience favorites included Good Stuff Eatery’s famous 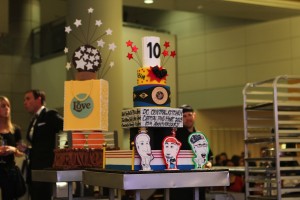 New this year, and in celebration of the event’s tin (10th) anniversary, Duff Goldman (The Food Network’s Ace of Cakes) brushed off his pans to host the event’s first-ever High Stakes Cakes Competition.