The Fairmont turned its courtyard into a tennis court and welcomed Washingtonians to a Wimbledon Garden Party on Sunday (July 14th) in honor of the 2019 Wimbledon Championships.

From late morning to well into the afternoon spectators viewed the longest Wimbledon men’s singles finals in history, even though it ended for the first time in a fifth-set tie-breaker! It was hard to decide which was most enticing — watching the men volley on huge screens, trying out their own backhand and forehand on a miniature tennis court, or feasting on tempting English fare while sipping champagne, Pimm’s cups and G&Ts. 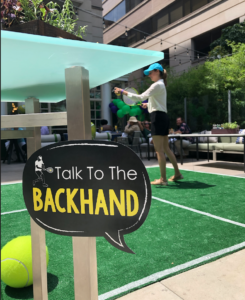 Overnight stays, dinners and brunch prizes were ‘lobbed’ at the winners of th 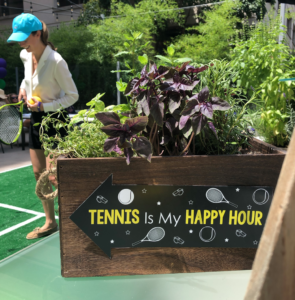 In the end, Novak Djokovic may have beat out Roger Federer, but party guests enjoyed almost five straight hours of fun. 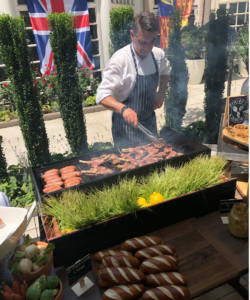