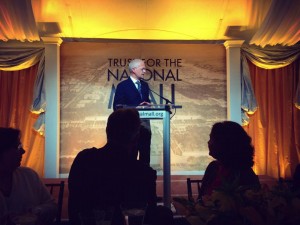 of America announced a $10 million gift to the nonprofit Trust for the National Mall to jumpstart fundraising for the park. It’s the largest private gift to date to restore the most-visited national park.

Volkswagen of America CEO Jonathan Browning said he was shocked to see such poor conditions around the Jefferson Memorial where a sinking sea wall around the Tidal Basin has allowed regular flooding.  “Washington’s monuments look great from afar, but that it’s a different story on the ground.” 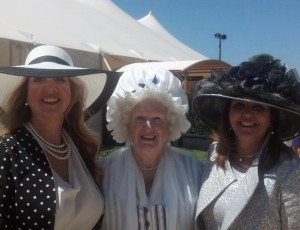 This announcement from Browning, who joins Laura Bush as a co-chair of the fundraising campaign, took the sting out of the former First Lady’s last minute decision to cancel her appearance at the annual luncheon.   Several guests were mighty miffed that she was a last minute no-show – choosing instead to eulogize friend George Jones in Nashville.

The Trust for the National Mall aims to raise $350 million to preserve and restore the mall. Its goal this year is to raise $38 million. Last year, the group raised $22 million, up from $5.3 million in 2011.