Allison Gittings has been a DC local and contributor to K Street Magazine for almost four years. The best part of DC? Seeing the DC skyline on monument runs, Capital City Bikeshare, visiting museums, exploring new parts of the city and of course, trying new restaurants and cocktails. Even though she adopts a vegetarian lifestyle, she eagerly reports on the most popular and clandestine foodie hot spots in the District. 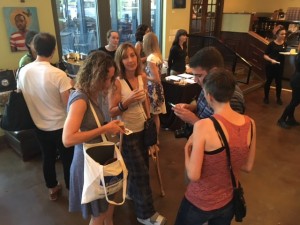 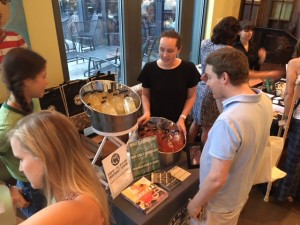 The event was organized to preview the 13th annual VegFest, which will be held on September 24 from 11am-6pm.  This annual event, presented by Compassion Over Killing, is expected to draw close to 25,000 visitors.   Unlike similar events in other cities, the DC VegFest is free to attend.  More than 40 food vendors are expected to participate, including HipCityVeg, Shouk, 3 Twisted Vegans, Roots Market, Treeline Cheese, Vegan Treats, Busboys & Poets, and Tofurky.

There will also be several speakers and panels throughout the day including:

The popular “Ask a Vegan Family” panel also returns this year along with a beer garden, live music and a dog-friendly zone.

Get there early as the first 1,000 attendees will receive a free 2016 commemorative DC VegFest tote bag!

Previous Post: Celebrated Actors Come to Read in Nat Geo’s ‘Theatre of War’
Next Post: Magnums By the Glass… Go!