The Shakespeare Theater Company’s farcical pageant Vanity Fair is a hyperactive love affair between a morality play and a burlesque musical review, appropriately meta-set on a stage within a stage. Unapologetically slapstick, the play nonetheless bares the pathos of women of limited options simply seeking a better life. 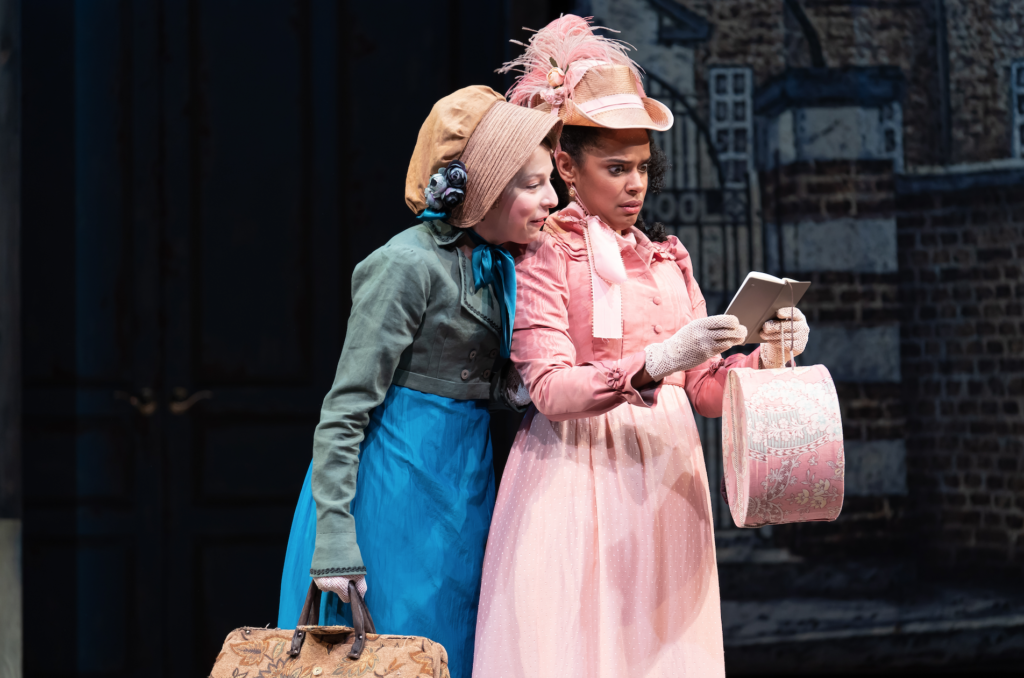 Playwright Kate Hamill doesn’t pinkwash the darkly satirical 1847 novel by William Makepiece Thackeray to repaint Vanity Fair’s anti-heroine Becky Sharp as a feminist. Instead, Becky is “the original Nasty Woman” (The New York Times), a self-serving social mountaineer who clambers heedlessly over friends, foes, and lovers, manipulating them to rise from penury to prosperity – if not prestige – without reform or punishment. Unapologetically wicked, stage-Becky is only minutely less disgraceful than novel-Becky. Don’t judge her, the play exhorts. What would you have done? 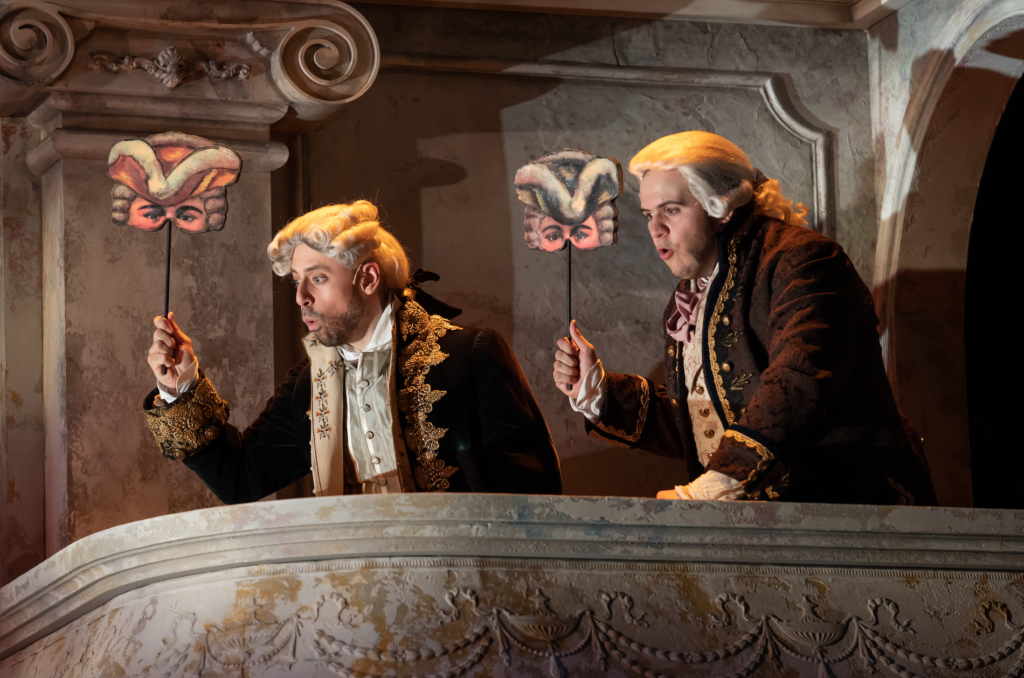 The ensemble features seven actors in a multitude of roles, and director Jessica Stone taps into Victorian theatrics to pump the action at a rapid physical and moral pace, with a few song-and-dance routines and puppets salted in for added farcical flavor. At center are clever, conniving Becky Sharp (Rebecca Brockman) and bland, worthy Amelia Sedley (Maribel Martinez), our sinner and saint respectively. The remainder of the cast whirl through a breathtaking number of roles, notably, Dan Hiatt as campy emcee/maiden aunt Matilda/predatory Lord Steyne (he who gets the fart jokes always wins), and Alyssa Wilmoth Keegan as dissolute, doomed George. 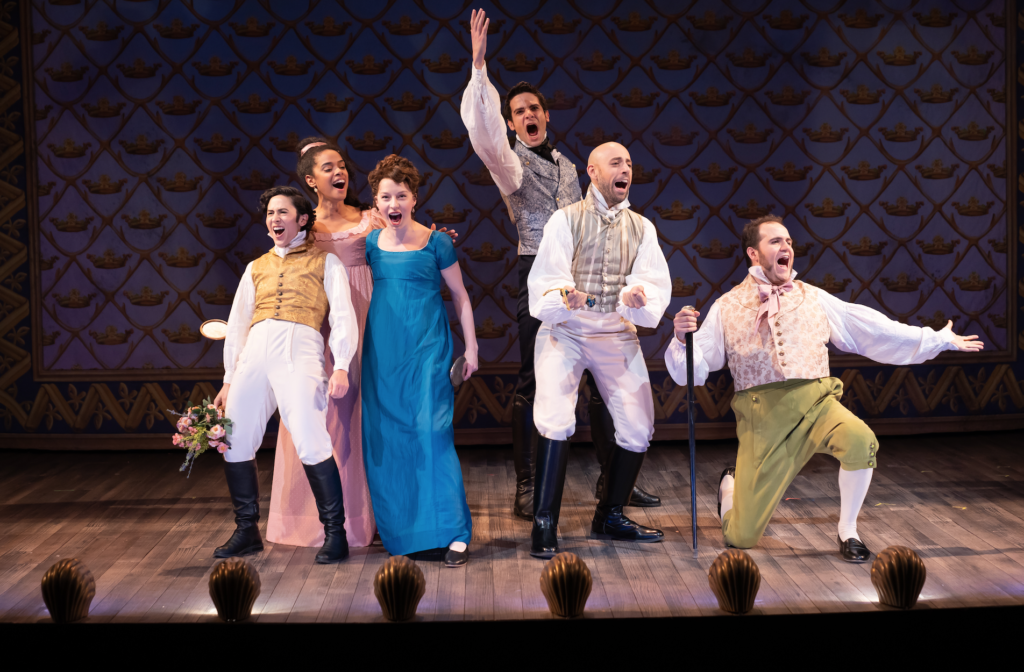 Jennifer Moeller’s costumes are lush and elegant, not over the top, but, critically, adaptable, as the cast adroitly transform roles and genders. Alexandra’s Dodge’s set fluidly converts between Manor halls and village fairs, showcasing the opulence of the era, but also the frayed edges of social decay and appearances not kept up – in the words of Stone “something beautiful right next to the ragged reality.” 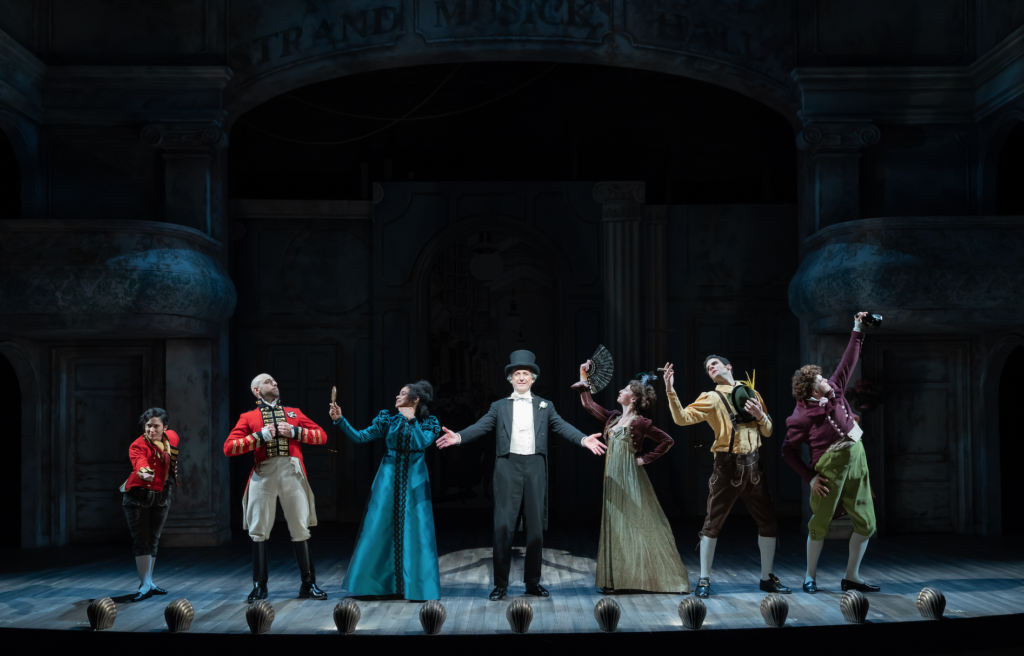 Fortunes rise and fall in contrasting arcs. A laugh or two is strained. Hundreds of years of social inequities are delivered with a wink and a smile. The giddy pace reflects the cyclical human condition, repeating round after round over and over – set, play, repeat. The refreshment lies in being led through the familiar choreography by unabashedly defiant, not-the-one, anti-victim Becky Sharp. As she would advise, “Try not to be too good.” Indulge yourself in this saucy frolic. 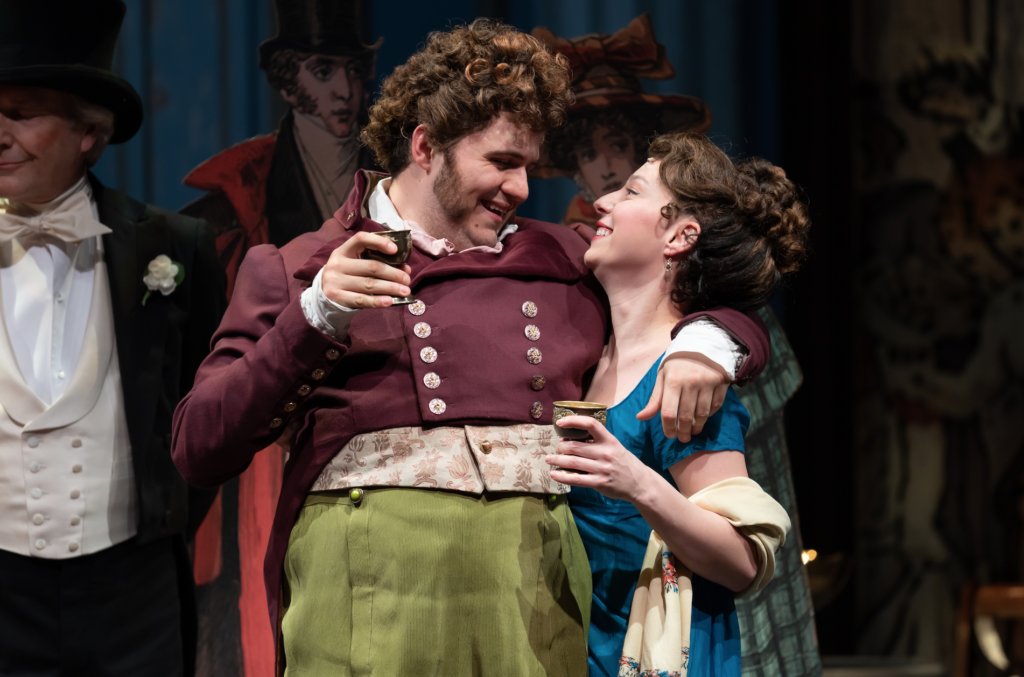 Previous Post: Boffi (Georgetown) Hosts Food and Film
Next Post: Inside OCRA’s 14th Annual ‘Turn Up the Heat’ at The Anthem