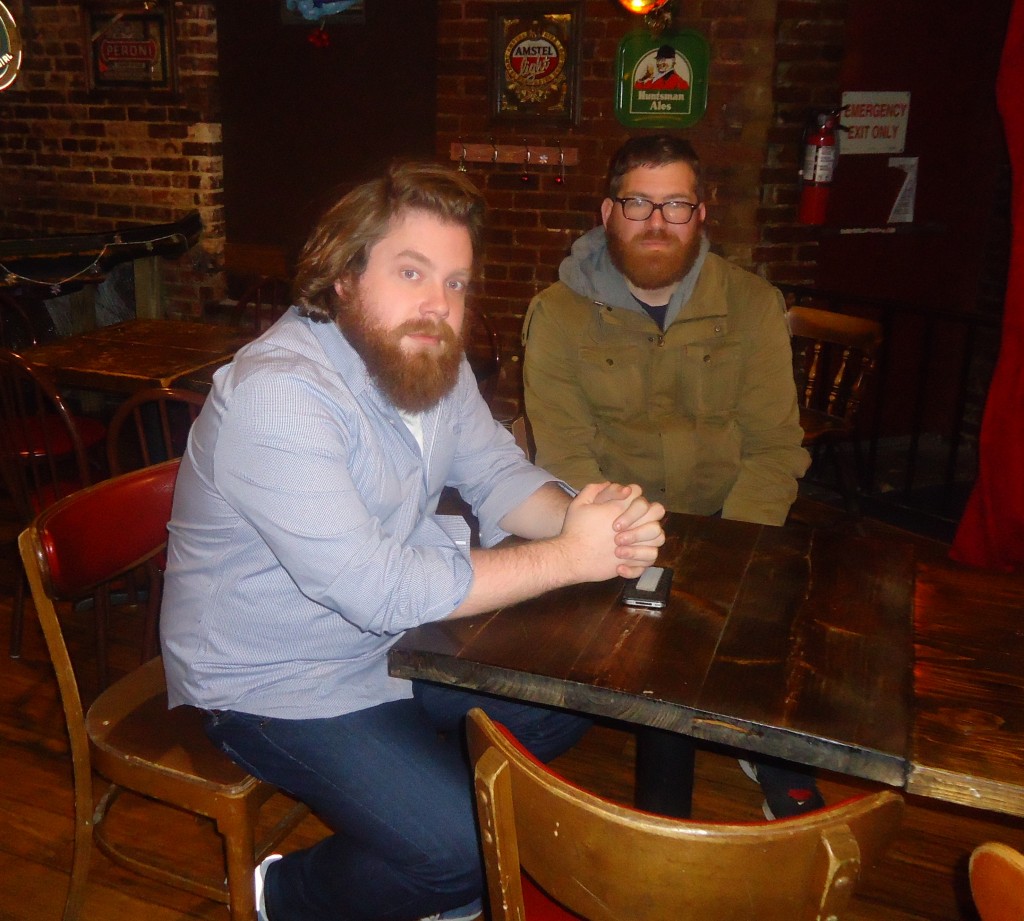 Washingtonians dove deep into the dive-bar experience to enjoy laughter and libations on Thursday night at the Bier Baron Tavern in Dupont, as nationally-known comedians Dan St. Germain and Mike Lawrence joined members of Underground Comedy DC for a fun evening at one of DC’s premier pubs.

DC denizen Sean Joyce led off the night.  Sean’s day job is with a major international organization, but as founder of Underground Comedy DC, he produces seven comedy shows a week that feature  local DC comedians performing at a variety of venues around town.  One of those comedians is Emily Bolton, a transplanted southern girl who now works as a DC politico during the day and as an up-and-coming standup comic at night.  She followed Sean onstage, riffing on the comic perils of connecting with Uber cars on District streets and on the ironies of what gets Liked on Facebook.  She later summed her day-job/night-gig dual lifestyle by saying, “Underground Comedy DC allows local DC comics the opportunity to capture and share the flavor and anxiety of living in DC and all the the humor in it, and to bring that to audiences who get it.”

Mike Lawrence, who has appeared on Late Night with Seth Meyers and on Comedy Central, was next on stage, with a routine that ranged, somehow not illogically, from dating and breakups to Sesame Street and The Lion King.  His riff on online dating (which seemed to be a common theme among all the comics) was picked up by Dan St. Germain, who has appeared on Comedy Central, Jimmy Fallon, and Conan O’Brien.  Dan’s closing routine ran the gamut from Star Wars, in which he playfully mocked his buddy Mike Lawrence’s self-professed nerdiness, to the perils of Diet Coke, bad dates, and unfortunate sex.  The audience loved all of it.

In all, the four comedians and Bier Baron Tavern put on a fun night of laughter about living in the District and in America.  Dan and Mike are headed out on the road for more dates across the U.S. and Canada, and the Underground Comedy DC team plays at venues across the District (often without a cover charge) every night of the week.  Check out the schedule here.