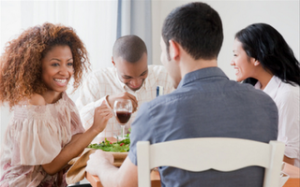 There is always something new opening in DC, so Restaurant Week can seem overwhelming.  Over 250 participating restaurants, all enticing with great eats… So we’ve narrowed down the offerings of this upcoming Summer Restaurant Week for those who want to be bold, take a risk, and try something new. Because everyone knows the DC area restaurant scene is poppin’ and this is your chance to get to as many places as possible without the usual price tag.

The full list of participating restaurants is here  and every single one is worth trying, but to snag the very best deals — like those $$$$ or suuuuper new spots that we’ve all been dying to taste test — look for availability at these 15 favorites (listed in alphabetical order):

These limited reservations will go fast, so snag ’em in advance.

*Tax, tip, and drinks not included.