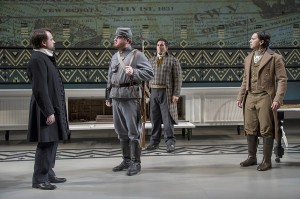 The latest in Arena Stage’s Power Plays initiative is a play that, as Director Molly Smith puts it, is “a story that’s important to all Americans.  They just didn’t know it yet.”

Sovereignty acts out a part of the past that deserves remembrance and dives into details of Cherokee Nation and American narrative that go beyond the history books.

Opening night for this first play produced at Arena Stage with a Native American writer was filled with natives in the audience, some proudly wearing traditional dress.  They couldn’t know exactly what 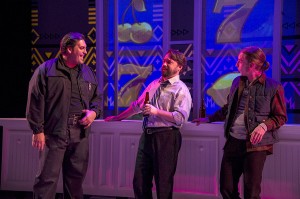 the play would entail, but regardless, for them it would be deeply personal — and besides, wouldn’t any conversation about native sovereignty be worthwhile?  But the action in this one cuts deep, introducing more conflict than just Cherokee versus white man.  I had to wonder at the play’s conclusion… who in the audience was Team Ridge? who Team Ross?

Sovereignty alternates between past and present time periods, an effective method of showing precisely how the actions of so long ago affect Cherokee Nation citizens so pointedly even today.  While the 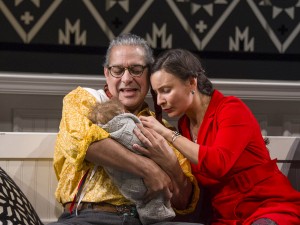 plot is the obvious story about treaties, broken treaties, and the complicated relationship between natives and the U.S. Government, the main drama centers around a rift in the Cherokee Nation that many may not remember, or have even ever known.

All in all, Sovereignty is entertaining education, comprising a lot of ongoing historic native issues rolled into one general current timeline: casinos, violence against women, opioid issues, out of clan marriage, the authority to prosecute criminal behavior, and so much more. 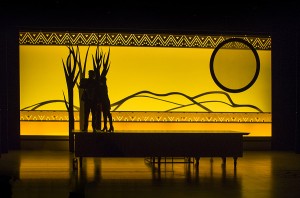 But it also leaves audiences thinking, just what would you sacrifice to save your family and your nation? And in a hundred plus years, how will your sacrifice be remembered?

Sovereignty runs approximately two hours and 15 minutes, including one 15-minute intermission. This production contains mature content and special effects including the use of theatrical haze. The play runs through February 18, 2018., with tickets available here.