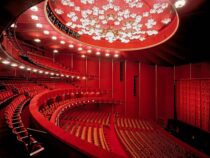 The John F. Kennedy Center for the Performing Arts announced that it will be resuming some on-site and digital programming initiatives in advance of the 2021 season, which is set to begin on January 14. This limited in-person slate of programming will remain flexible in… Read More