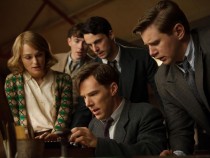 It’s about time for a FREE FRIDAY! Today’s giveaway… a pair of passes (limited to the first 20 downloads) to an advance screening of The Weinstein Company’s upcoming release THE IMITATION GAME – winner of the coveted People’s Choice Award at the 2014 Toronto International Film Festival. THE PLOT:… Read More

Who is Vivian Maier?  Now considered one of the 20th century’s greatest street photographers, Vivian Maier was a mysterious nanny who secretly took over 100,000 photographs that went unseen during her lifetime. Since buying her work by chance at auction, amateur historian John Maloof has crusaded to put this… Read More