Looking for new and innovative food and drink items? Richmond, Virginia might be the place to satisfy your culinary cravings. 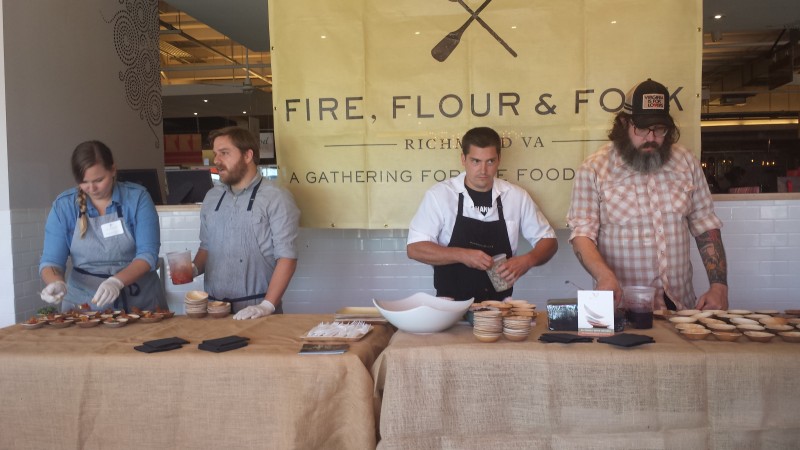 Advocates making the case for Richmond as a culinary destination came to Union Market in Northeast DC late last month to show Washingtonians what they’re missing out on – a vibrant food and drink scene that is a short distance away.

In Union Market’s Rappahannock Oyster Company, invited guests were given the opportunity to sample bites from Richmond:

Even the sample drinks changed expectations on what cider should taste like. The cider, which Blue Bee Cider owner Courtney Mailey presented at the event, tasted like wine, but with a fizzy component.

The reason for all of this sampling?  To promote an upcoming festival — Fire, Flour & Fork — which will showcase a lot of Virginian fare from Wednesday, October 28 until Sunday, November 1.