Building The Colonel began almost four years ago, but now three of DC’s top developers are finally announcing their project — a sensational and unique boutique development in vibrant Shaw.

Street level retail and seventy new luxury apartments (46 one-bedroom units, nine two-bedroom units, 15 studios and efficiencies… there is even one townhouse!) are nearing completion at the site of a formerly vacant building — that once housed an automotive repair and supply shop through the 1970s… and later hosted apartment dwellers, an urban nursery, and even an underground party venue with indoor skateboarding called “Fight Club.”

The Colonel preserves and incorporates the historic building with new construction, subtly balancing historic and modern design elements on the outside, while inside offering a host of contemporary comforts: nine-foot ceilings, custom cabinetry, in-suite laundry equipment, and GE Artistry appliances.  Plus, The Colonel is pet-friendly and accepts large breeds (up to 80 pounds)! 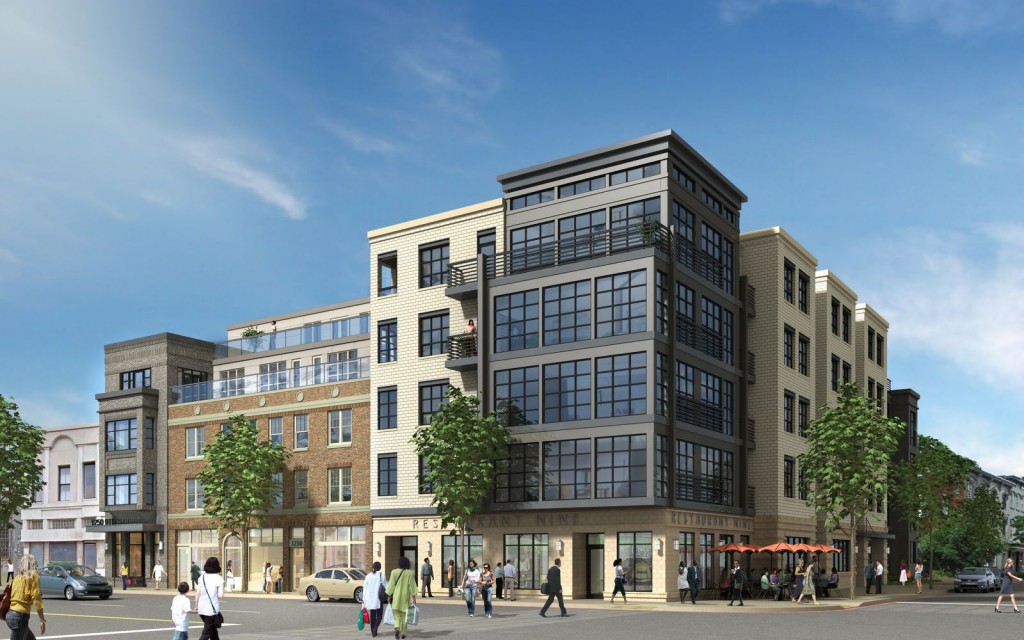 Kudos to CAS Riegler, Douglas Development, and CityInterests on working together to transform Shaw.  The Colonel, located at 1250 9thStreet, NW is nearing completion and preparing for leasing.