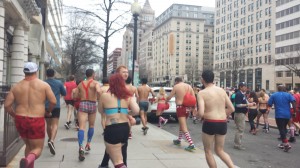 Doubletake: When you see a large group of people running around the streets of Farragut North in their underwear.

Yes, it is that time of year again, when Cupid Charities’ Cupid’s Undie Run attracts droves of people to slim down to their skivvies and support a great cause. 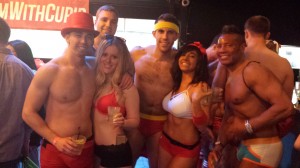 Cupid’s Undie Run Marketing Director Kevin Sterling explained to KSM that the event, which occurs now in both the United States and Australia, originated in DC because of cabin fever during the Snowpocalypse of 2010.

Besides just a frigid fun time, however, the event also carries another purpose – to have participants empathize and connect with those whose physical appearance is disfigured because of NF’s genetic disorder, which affects children.  After all, running in public in one’s underwear can make the wearer feel uncomfortable. 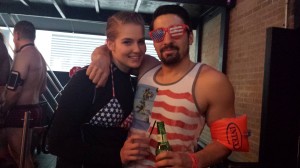 So far, the event’s attempts to raise attention and donate funds towards this genetic disorder have been successful. Not only is 70 percent of the total revenue poured into research, Cupid Charities is one of the top funders of the research for the Children’s Tumor Foundation, an organization that is doing research, raising awareness, and seeking to end the genetic disorder. 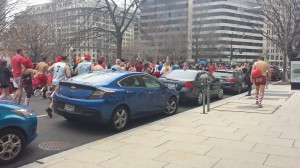 The run itself lasted a quick lap and took less than half and hour to accomplish, which was followed by a continuation of the festivities at The Park at 14th.