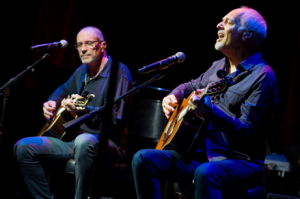 As part of this special event hosted by ASCAP President Paul Williams, ASCAP songwriters including Peter Frampton & Gordon Kennedy (“Baby I Love Your Way” & “Change the World”); Rob Thomas of Matchbox Twenty (“Smooth”); Eric Bazilian & Rob Hyman of The Hooters (“One of Us” & “Time After Time”); Ledisi (“Pieces of Me”) and ASCAP Foundation Herb Alpert Young Jazz Composer Awardee, saxophonist and singer Camille Thurman, donated manuscripts and lyric sheets to the library. 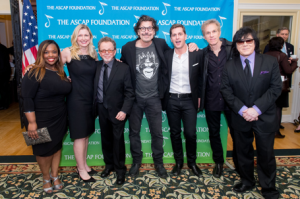 “On behalf of ASCAP’s more than 620,000 composes, songwriter and publisher members, we’re grateful for how precious the copyright is—it’s the very bedrock of a music creator’s ability to make a livelihood,” said ASCAP Foundation President, Paul Williams, kicking off the performance part of the evening. “We respect the affinity between those who write the laws and those who write the songs, and we have great friends on both sides of the aisle.”

Award-winning ASCAP songwriters performed some of their most beloved songs, introduced

by members of Congress:

“Tonight is about how music makes us feel. The Hooters may have started in 1971, but I found them in 1986 (holds up cassette tape),” said Re. Doug Collins (R-GA), introducing Rob Hyman and Eric Bazilian, who performed “Time After Time” and “And We Danced.”

“What a great night. I have the best job in Congress because I get to represent Music City, USA—Nashville, Tennessee,” said  Rep. Jim Cooper (D-TN), introducing Ledisi, who performed “Alright” and “Higher Ground.” 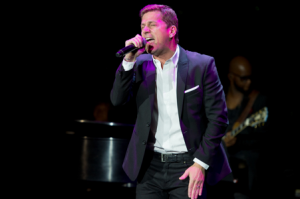 “What an honor to be here with the songwriters that have made this nation great. It reminds us about why we need to make sure songwriters can make the living they deserve,” said Rep. Judy Chu (D-CA), who introduced Camille Thurman, who performed “Pursuit with a Purpose.”

“This evening is absolutely so special. It really has become such a tradition on Capitol Hill and thank you to all of the artists and songwriters who make this possible for us,” said Rep. Marsha Blackburn (R-TN), who introduced Peter Frampton and Gordon Kennedy, who performed “Baby, I love Your Way” and “Change the World,” before Paul Williams concluded the event with a performance of “Drift Away,” which was written by his brother, Mentor Williams, who passed away in November 2016.

Previous Post: Creative Coalition Gets Heats Up ‘The Night Before’
Next Post: Cinco de Mayo at The Embassy Row Hotel