The story isn’t new, but the production sure is.  So, if you’re looking for circus feats, magical fantasy, and a flaming finale you’ll remember for the rest of your life… it’s on at National Theatre through January 4th.

PIPPIN, as its usually experienced, is the story of a young prince on a journey to find meaning to his existence. He tries everything… and we mean everything, but in the end, it all comes down to a simple choice.  Will he risk it all for a singular flash of glory?  Do you want him to? 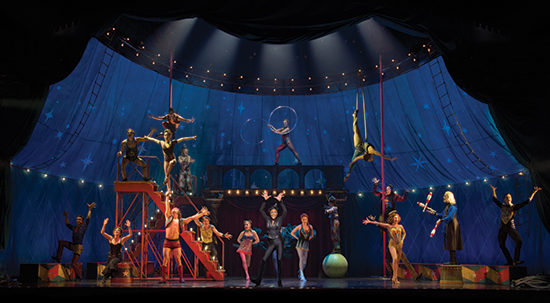 While the moral lesson of the story does cause the ending to go rather dark, you’ll delight in this modern production featuring choreography by Tony Award nominee Chet Walker in show’s original Bob Fosse style, and circus creation by 7 Fingers’ Gypsy Snider.  Standout moments include Lucie Arnaz (yes, that Lucie, the daughter of Desie and Lucy) throwing off her robe and belting upside down as a superb Bertha, one of the largest men you’ve ever seen standing atop the most precarious high pile of rolling pins, Sabrina Harper (Fastrada) changing wardrobe faster than you can blink and eye, and any and every scene involving Tony Award winner John Rubinstein (who actually created the role of Pippin in the 1972 original Broadway production).

Kyle Dean Massey comes directly from Broadway to shine in the title role, and remind us all how difficult it must be for a good dancer to play a struggling one.  Sasha Allen (finalist on the 4th season on NBC’s The Voice) is growing into her overall performance and stage presence as Leading Player; and Kristine Reese (previously seen in Wicked on tour) is a truly angelic Catherine. 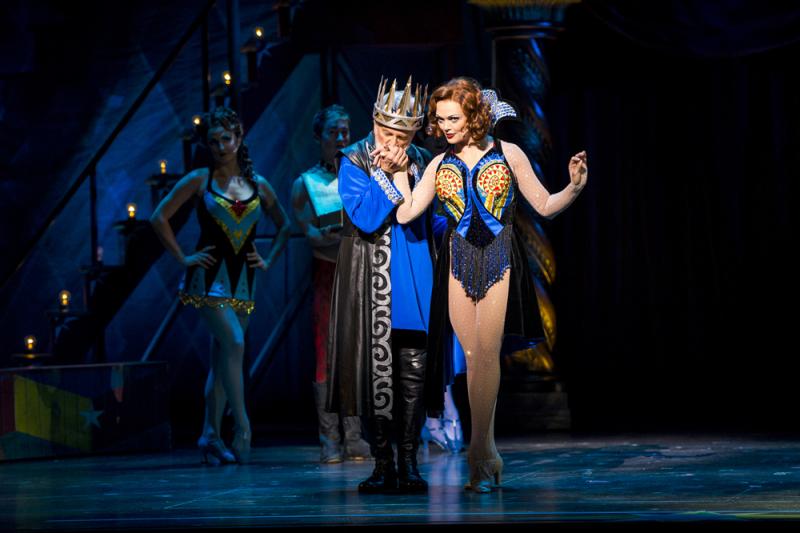 Sing along, marvel at the acrobatics and intricate choreography, and don’t get too down when the stage is struck and the music goes mute.  It’ll all come back, because with Pippin, there’s always magic to be done. 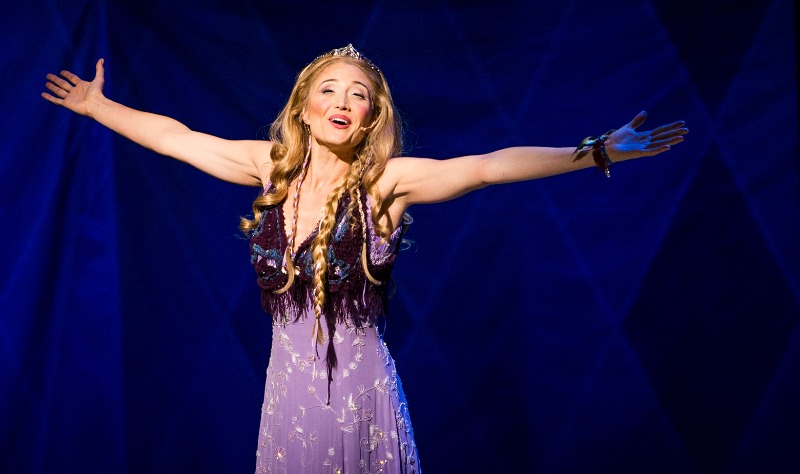 *Images from various artists, all subject to their original copyright.

One thought on “Pippin Juggles its Holiday Magic at the National”